On the interest rate front we saw some further weakening in the short end with 364 days TBills averaging 4.19% with 200 mill on offer. The Bank issued a further 33 mill with the auction oversubscribed by a total of 97mill. We may see a little tightening in the rates this week. 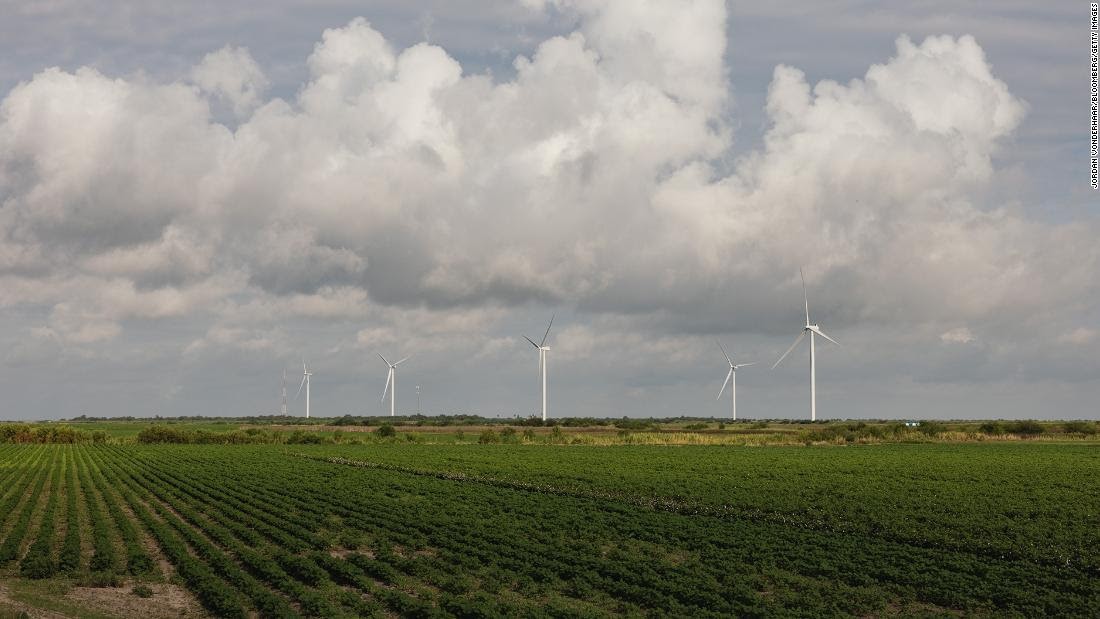 ESG investing — evaluating companies using environmental, social and governance factors — was one of the most-cited phrases in earnings calls during the first half of the year. But a looming recession, tanking stock markets and the race to US midterm elections have put those sustainability efforts on the chopping block.

These ESG and responsible investing funds saw assets under management peak above $8.5 trillion in late 2021. Now, they stand under $7 trillion, according to new data from Refinitiv Lipper provided exclusively to Before the Bell.

The ESG world has been ravaged by ongoing debates about the merits of sustainable investing, the challenge of determining what counts as an ESG-friendly company and the evolution of global regulations. These headwinds, combined with a gloomy economic outlook, have created a less-than-appealing environment for ESG-related funds.

Pushback from all sides: US politicians on both sides of the aisle and business leaders have accused companies of “greenwashing” their financial statements to make themselves look more environmentally friendly than they really are. Firms like asset manager DWS and Goldman Sachs have been accused recently of using the ESG label undeservedly.

In May, Elon Musk called ESG a “Scam” on Twitter after Tesla was removed from an S&P ESG index while Exxon, which has a long history of causing environmental damage, remained. That’s because ESG ratings agencies tend to rate companies against others within their industry, so oil and gas companies are rated separately from automotive companies. They might rate an oil driller very highly relative to peers, but a renewable energy company may rate poorly compared to its own.

These counterintuitive results have added to a growing movement on the political right in the United States to divest entirely from asset management firms that invest and vote with ESG values in mind. Elected officials in red states have objected to the “values” they claim these funds promote, claiming that they’re not necessarily representative of their constituents.

A large number of Republican-led states, 20 and counting, have said they will remove ESG-focused firms like BlackRock from managing assets in their state retirement plans. BlackRock has so far lost more than a billion dollars in commitments because of these changes, according to an analysis by Robert Jenkins, head of Lipper Research at Refinitiv.

A debate over how to regulate ESG funds is also adding to the noisy picture. Standardizing ESG criteria will reduce investor confusion, say experts, but the current fight to do so is actually making things more confusing. More than 1,000 ESG-related regulations have been issued for the global investment industry alone, according to an analysis by Principles for Responsible Investment, a United Nations-supported group that promotes ESG issues.

The US Securities and Exchange Commission most recently required funds labelled as ESG to invest at least 80% of assets in accordance with the funds stated ESG objectives, which is a step in the right direction, according to Jenkins.

Executives at a red light: The future doesn’t look great. US companies are preparing for recession by reconsidering their approach, according to a new KPMG poll. A third of CEOs in the US said they’ve already paused or reconsidered ESG initiatives, while another 59% say they’ll reconsider their efforts soon, the annual survey found. Even so, 70% of respondents said they’ve seen ESG programs improve the financial performance of their companies.

What it means: Climate change could cost the US $2 trillion a year by 2100, according to the White House, and corporations and governments will have to make drastic changes to prevent even higher monetary and human costs. But the hurdles facing ESG investing show that doing so is easier said than done.

Privacy has moved beyond the “by design” phase to how we actually need to engineer the solutions.

Much of the current thinking regarding the roles of the Chief Privacy Officer (CPO) and the Data Protection Officer (DPO) evolved from the last decade’s rollout of the European Union’s (EU’s) General Data Protection Regulation (GDPR). Early GDPR concerns initially focused on “big picture skills” and administrative expertise that prioritized legal and policy analyses of GDPR (and, subsequently, additional regulations such as the California Consumer Privacy Act).

A half-dozen years later, frameworks have evolved for implementing privacy policies, procedures, and governance, the most common including some variation of the Privacy by Design (PbD) philosophy approach promulgated by Ann Cavoukian.

Now there is a significant upshift in focus to what needs to be specifically implemented to achieve the outcomes promised by those frameworks. This upshift has given new traction to the specialty of privacy engineering, which is the technical companion to the policy roles played by the CPO and the DPO. The shortcomings in privacy engineering are expensive. Businesses operating in Europe were fined US$1.2 billion in 2021 for violations of GDPR privacy regulations.

Research shows that business suffering data breaches that impact private data can result in a permanent loss of 21% of their customers.

Privacy is now a complicated ecosystem for all enterprises. The diverse rubric of state, national, and regional legal requirements make compliance a challenge. Many customers have an expectation of privacy that is an important factor in their willingness to establish and maintain business relationships.

Privacy architectures need to be flexible and yet robust—no easy feat. Privacy engineering is an emerging field that develops the tools, methodologies, and processes for meeting the privacy requirements and expectations of regulators and customers.

Privacy is intertwined with technologies and techniques for data protection and cybersecurity, so it is much more than a legal or policy issue—it is a technical problem requiring the application of sophisticated solutions that meet legal and customer success objectives.5 Translating legal and policy mandates to an appropriate application of technology solutions requires privacy engineering to support the objectives of the Chief Privacy Digital Object Identifier 10.1109/MC.2022.3192948 Date of current version: 26 September 2022

A Clean Energy Super Grid Across Asia Is Closer to Reality 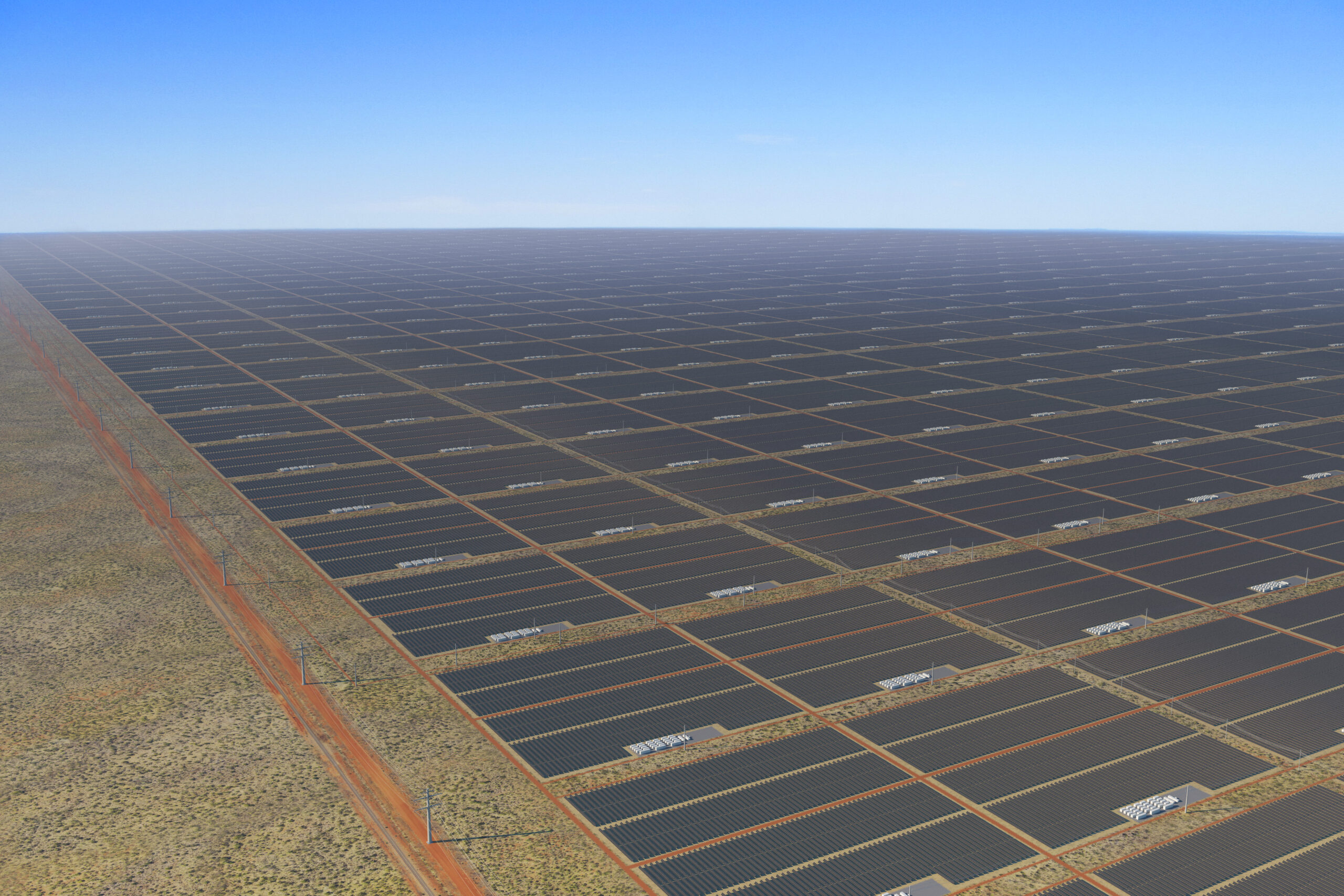 Technology is rapidly improving for long-distance power lines
Advocates says continental grid would spur energy transition
Plans for a web of sub-sea cables that would create a continental power grid spanning Japan to India are rapidly becoming cheaper and more feasible, according to a study commissioned by advocates of the technology.

The evolution in high-voltage, direct current technology and ability to lay cables at depths of up to 3,000 meters — opening up previously inaccessible terrain — has strengthened the prospects for a network that could help shift renewable energy generated in one corner of the region to consumers thousands of miles away.

It’s now becoming more possible “to connect energy grids over much longer distances in an economical manner,” the Asia Green Grid Network said Wednesday in a report. “Making it a reality will require overcoming a series of challenges, many of which will require breakthroughs in innovation.”

The group, which includes Sun Cable — developer of a A$30 billion ($19 billion) Australia-to-Singapore solar project — calculates that the main transmission lines for a pan-Asia grid could cost between $77 billion to $116 billion, far lower than similar estimates in the past. However, additional investment would be needed in other major pieces of infrastructure, such as renewable energy, batteries and voltage converters, according to the network.

The idea of connecting power plants and customers across Asia has been pursued for decades, but stymied by issues including lack of government coordination and infrastructure funding. State Grid Corp. of China said in 2016 that such a grid would cost about $50 trillion by 2050.
Backers see the chance to turbocharge the green transition — connecting renewable energy produced in regions with abundant sun, wind or hydropower resources with heavy power consumers in cities and industrial hubs.

While still in its infancy compared to the interconnections in Europe, Asia is taking small steps toward integrating grids. Singapore began receiving hydropower from Laos wired through Thailand and Malaysia earlier this year.

China is also deploying similar ideas on a national scale with the installation of thousands of kilometres of ultra-high voltage lines to link power plants in western deserts to urban centres in the east.
The Asia Green Grid Network was launched by Sun Cable in association with a number of universities in Australia and Singapore to study how to create an integrated regional power network.”

I hope you have enjoyed this week’s read, before closing, just a recap on my comments last week regarding investors ensuring their families future is secure using a Will. The response was, to say the least, very poor and highlights why we have such a big problem in this area and demonstrates the work professionals like myself need to do in this area. Going forward, I will include more articles around the awareness and necessity of creating a Last Will and Testament.

Until next week, stay safe and remember, the worst investment decision you can make, is not to invest.

Until next week, stay safe and remember, the worst investment decision you can make, is not to invest.