The Order Book starts the week as nett buyers of STO, KSL, CCP and BSP.

On the interest rate front, the 364 day TBill auction average came in at 4.22% a little weaker with the Bank offering 256mill and received 280mill in bids.

Finance company money is indicating a softening in demand with 365 day rates offered at 1.85%. I do expect to see another GIS tender in the 3rd week of November.

And for something different – US$

Thank you to PwC for their EPB Newsletter. 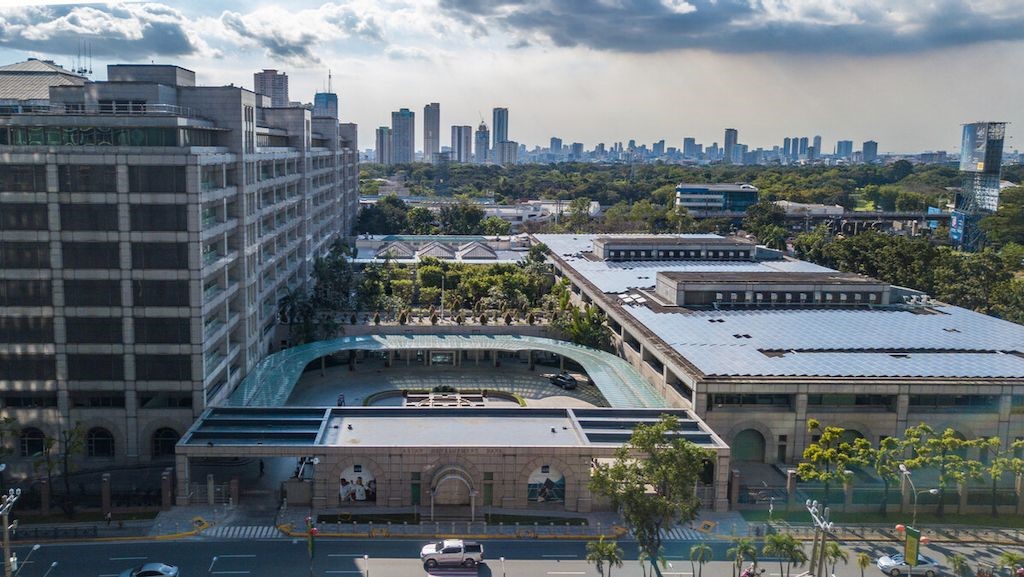 The new operating model will enable ADB to increase its capacity as the region’s climate bank; strengthen its work to develop the private sector and mobilize private investments in the region; provide a larger range of high-quality development solutions for its developing member countries; and modernize ways of working to make it more responsive, agile and closer to clients.

MANILA, PHILIPPINES (31 October 2022) — The Asian Development Bank (ADB) has adopted a comprehensive reform road map, featuring a new operating model, to accelerate its transformation and more effectively serve the rapidly changing needs of its developing member countries in Asia and the Pacific.

The new operating model will enable ADB to increase its capacity as the region’s climate bank; strengthen its work to develop the private sector and mobilize private investments in the region; provide a larger range of high-quality development solutions for its developing member countries; and modernize ways of working to make it more responsive, agile and closer to clients.

These four key shifts will help ADB deliver on the ambitious development goals of its corporate strategy, Strategy 2030.

The reforms are the most significant at ADB since 2002.

“These reforms are both timely and essential,” said ADB President Masatsugu Asakawa. “Our new operating model will position us to better respond to the complex development challenges now faced by Asia and the Pacific. It builds on ADB’s core strength, our staff, to help us deliver solutions with the greatest development impact for the region.”

The road map is the result of an organizational review, led by Mr. Asakawa, that began in June 2021 and was informed by views from ADB’s regional clients, Management, Board of Directors, and staff. The review process was guided by the principle of maximizing ADB’s development effectiveness.

For ADB’s clients, the new operating model will enhance the experience of working with the Bank. ADB’s five regional departments—covering Central and West Asia, East Asia, the Pacific, South Asia, and Southeast Asia—and resident missions in countries with operations will become a single window for all ADB products and services, both sovereign and nonsovereign. Staff and expertise from the sectors, themes, and other specializations in which ADB operates will be consolidated, with increased deployment to regions and countries to offer a better range and quality of solutions, resulting in more staff working in the field, closer to clients.

The new operating model is expected to roll out in the second quarter of 2023. A phased implementation will minimize disruptions to ADB’s clients and development partners.

ADB is committed to achieving a prosperous, inclusive, resilient, and sustainable Asia and the Pacific, while sustaining its efforts to eradicate extreme poverty. Established in 1966, it is owned by 68 members—49 from the region. 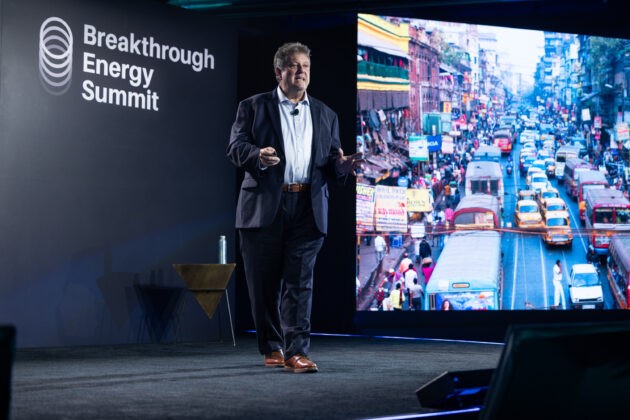 Sustainability: News covering the rapidly growing climate tech sector, funding in the space and other areas of innovation to protect our planet.

Hawaii is one of the places where researchers are working on ocean thermal energy conversion. Never heard of it? You’re not alone. (GeekWire Photo / Brent Roraback)

The race to replace fossil fuels with clean alternatives has triggered an explosion in climate tech innovation and funding. That includes a heightened interest in fields that have plugged along for years — nuclear power, batteries and biofuels — as well as more obscure technologies that most people have never heard of.

We came across five ideas (below) that surprised us at last week’s Breakthrough Energy Summit in Seattle, where entrepreneurs shared their progress in developing and deploying new tech, and leaders in the space offered their thoughts for the future.

Breakthrough Energy Ventures (BEV), the VC arm of the Breakthrough organization created by Bill Gates, has raised more than $2 billion in capital since launching in 2015. BEV’s goal is to back companies across the economy with the potential to scale their innovations worldwide.

“By now we have over 100 investments,” said Eric Toone, a BEV investment committee partner, speaking at the summit.

Toone introduced dozens of technologies at various stages of development, including some only starting to get attention as possible climate solutions.

He didn’t pitch any of the technologies as the next big investment for BEV, or suggest that they’ll be viable from a cost perspective. Instead, he emphasized how huge the challenge is to green every aspect of our incredibly energy-hungry economy and lifestyles. He suggested leaving no stone — ferrous iron oxide containing or otherwise — unturned in the pursuit of alternatives.

“We’re just at the very beginning,” Toone said. “Where there’s challenges, there’s opportunities. And there’s more opportunities here that I can possibly imagine. I’m incredibly excited about the future.”

Here are five of the lesser-known ideas:

There are multiple ventures working on wave power, including some from the Pacific Northwest, as well as tidal power. Toone suggested a more obscure but massive source of marine energy: ocean current power. The amount of potential energy in ocean currents is 5 terawatts, Toone said. That’s about five times the energy generation capacity for the whole U.S.

The ocean has different temperatures, or thermal gradients, at different depths. It’s warmer at the surface, cooler deep underwater. Particularly in tropical areas, it’s possible to harness that temperature difference to generate electricity. The energy potential for ocean thermal energy conversion is a whopping 7 terawatts.

There are meaningful efforts to boost geothermal energy production, which is already the top source of power for Iceland. But the Earth’s core has other power potential. That includes ferrous iron oxides that are found in abundant minerals. The iron can be used in oxidation-reduction chemical reactions with the possibility of capturing energy along the way.

Scientific research notes that the process, “would require the development of new technology, and certainly would be very costly. But the massive scale of the available resource perhaps justifies the effort.”

One of the challenges to rapidly deploying climate friendly technologies is the need to mine minerals used in batteries and other devices. A strategy for harvesting these materials in a more environmental way is to use biomining. Biomining employs microorganisms (bacteria) to extract and concentrate metals from rock ores or mine waste. There are hopes that biomining could be applied to other environments such as soil and the ocean and include plants to perform some of the work.

The planet is already experiencing freshwater shortages and that will only worsen with time. Desalination of saltwater is expensive but doable — so long as you’re near a water source.

The atmosphere, it turns out, contains seven times as much water as all of the Earth’s surface water, Toone said. It’s expensive to harvest, “but in many geographies, it may be the best alternative,” he said. “We need new approaches to atmospheric water harvesting that can generate large quantities of water at low costs.”

WILL WE SEE A DEBT JUBILEE? 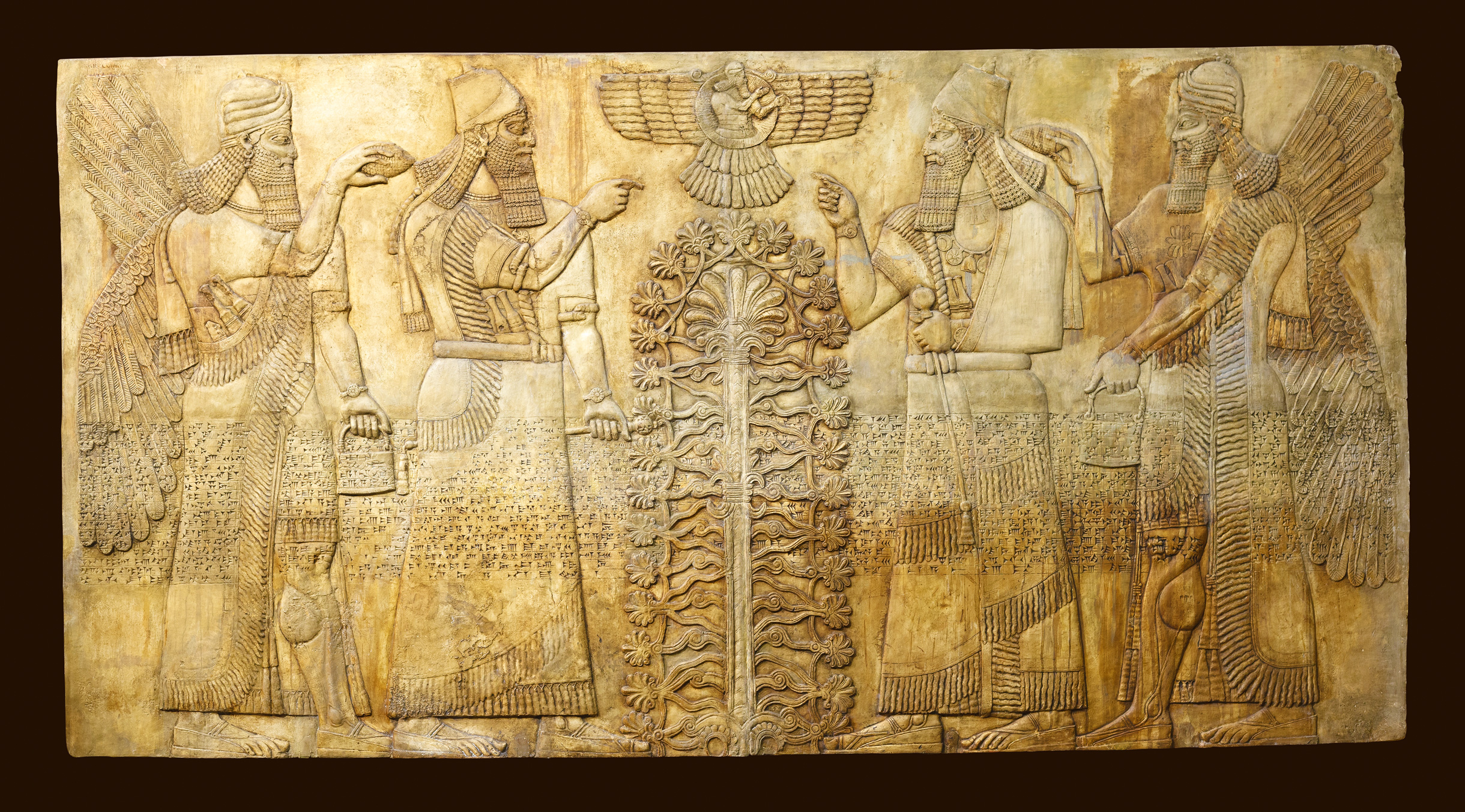 With trillions and even quadrillions of dollars of derivatives floating around the global financial markets, there are increasing references to “debt jubilees”. The term goes back to Biblical times, where God rested on the Sabbath, the seventh day. In the same vein, the seventh year was a sabbatical year. Then after seven sets of seven years, the 50th year would be a jubilee year where debts are forgiven, slaves are freed, and land lost to creditors in poor harvest years is returned.

The concept and justification are a story as old as human civilization. As the total interest being paid throughout the system handicaps the economy and its participants to catastrophic levels, the only way out is a major shakeup. Examples of this go back as far as ancient Sumer and Babylon, more than 4,000 years ago. Ancient Kings were said to write off societal debts as a matter of public stability.

Pandemic-era spending has set off surging inflation, and now that interest rates are rising up, debt-forgiveness is becoming more and more common. Student debt forgiveness in the United States has been slated, and the Vatican calls for debt relief for African nations on an annual basis. In 2000, $100 billion of developing country debt owed to G8 countries was written off, in principal.

As the charts below show, debt and projected net interest as a percentage of GDP over the next thirty years is expected to snowball. 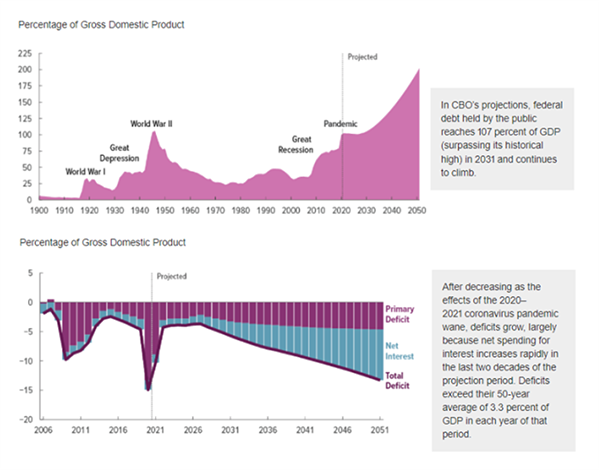 The most well documented example comes from the 6th Century BC in Athens, where Solon used a part debt jubilee to avoid a massive class based conflict. The disparity between the rich and poor had reached breaking point, and the poor could see their conditions deteriorating year on year. The rich had corrupted courts, which always ruled in their favour, and parts of the government were already under what we today would describe as ‘regulatory capture’. This is a scenario where the very people regulating an industry (pharmaceuticals for example), derive the majority of their organisational funding from the companies they are supposed to be policing. The result is regular citizens lose faith with all of the institutions, and violent revolt is the only option left.

Globally, all of that sounds pretty familiar in 2022. So, how exactly do these “Jubilees” shake out?

Solon devalued the currency (surprise, surprise) to reduce the burden of debtors. Next, they cut personal debts and stopped imprisoning people for debt. Tax debts were forgiven and mortgage interest written off. The most extreme aspect of the debt jubilee was the confiscation and redistribution of land. For creditors and asset holders, it all sounds pretty unappealing. That is the role of a Debt Jubilee however, to reset and reinvigorate the balance between the haves and have-nots, to wipe out the iniquities developed over previous generations.

We may be heading for a debt jubilee, or a “Great Reset”. Looking back at history, there aren’t many good places to hide. The only things which couldn’t have been confiscated in those times, and today, are the physical precious metals, gold and silver, and crypto currencies on decentralised blockchains where the private key is held by the holder and not a government or bank.

I hope you have enjoyed this weeks read, if you would like to have a confidential discussion around your investment journey or would like to discuss your Will, please feel free to contact me.