On the equity front, the local market was quiet last week with only two stock trading. CCP traded 95,224

On the equity front, the local market was quiet last week with only two stock trading. CCP traded 95,224 shares closing up by 0.01 toea to K1.60 while BSP traded 798 shares closing lower by 0.70 toea to K12.00. The more active investors are waiting to see where the markets settles after stocks annual result announcements.

All other stocks reported nil trades.

Our book starts the week with buyers of BSP and KSL.

On the interest rate front the 364 day bills were a little firmer with an average of 5.10%. The auction was over subscribed by K111 million and BPNG issued the additional volume. Unfortunately no word on the next GIS tender and as advised last week the Tap Markets are once again available for stock to the non-professional investor.

There has been no changes to Finance Company money with 12 month money sitting between 4.5% and 5.10%.

If you would like further information on our full range of investor services including superannuation, please feel free to contact me

Crypto: more than a speculative mania? 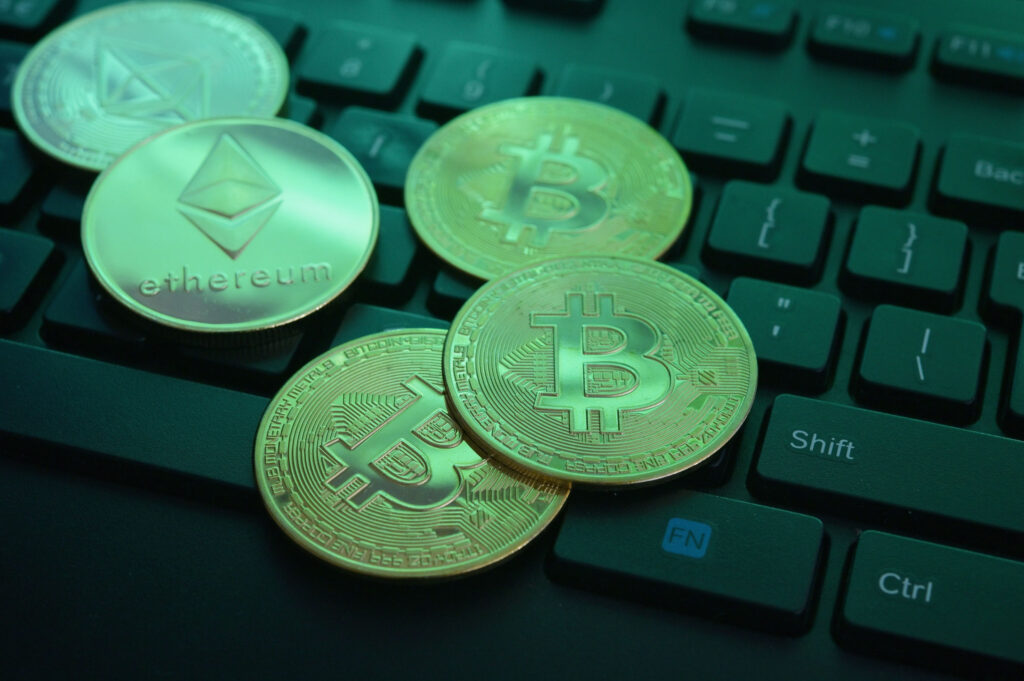 One in five Australians already own some form of cryptocurrency1, and that is set to double in coming years2.

Bitcoin is in its 14th year which in and of itself ought to at least challenge the notion that cryptocurrencies are a fad. Furthermore, crypto-asset users globally are now estimated to number 221 million spanning a $3 trillion market3. It’s an asset class financial advisers now need to understand, even if they never recommend it.

Crypto currencies tend to polarise investors. But the asset class is ever changing and so not only is it an oversimplification to paint all crypto projects with the same brush, a firmly held position on any particular project needs to continually be re-examined. For example, Bitcoin has evolved to address some of its earlier shortcomings and new crypto projects have a habit of addressing the shortcomings of earlier crypto projects while also applying the underlying technology in different ways.

In essence, cryptos are a form of record keeping which is maintained by a network of smaller (decentralised) nodes rather than a large and singular (centralised) organisation. Where finance is concerned, cryptocurrency performs functions that many mainstream financial institutions perform, such as payments. Sometimes cryptos do it quicker, cheaper and can cut out the intermediaries. And sometimes they aren’t quite there yet, although that is their aspiration.

For an investor, the critical question is how to value a crypto currency? Supporters tend to value cryptos in terms of the total addressable market, using rules-of-thumb, to say the asset class should be valued as a proportion of all assets. Sceptics point to the fact that unlike fiat money, crypto has no sovereign backing, and it isn’t real – there’s no tangible currency.

The bottom line is that there’s no consensus yet on how to value crypto-currencies, and it will take many years before that’s achieved, if ever.

There are a number of concepts, popular (mis)conceptions and features of crypto currencies investors should be aware of.

Staking is a way of earning an income from crypto ownership. At its most basic level, staking involves the crypto owner lending their cryptocurrency. Most of the time the crypto is lent back to the network as a source of liquidity. On occasion, staked funds will be lent out for some other purpose, like peer-to-peer lending, so investors need to be aware of how their staked funds are being used.

By and large, crypto investors who engage in staking will do so through a crypto exchange provider who pools together smaller quantities of staked coins.

The amount of income a staking investor earns is determined by the staking reward or APY, which stands for annualised percentage yield. Although APY’s do vary, some cryptocurrency exchanges currently indicate a return of 10 to 20 per cent is possible through staking4.

One of the pitfalls of the crypto world is its lack of transparency and consumer protection. While each scam has its own quirks, investors should be on the lookout for some warning signs. For example:

Bitcoin consumes a substantial amount of energy, but it could be wrong to assert that cryptocurrency is (or will be) bad for the environment.

Cryptos will evolve and that means issues like security, scalability, and energy efficiency can be improved or resolved. It’s exactly what’s happened in paper currencies.

Ethereum, for example, is undergoing a modification that will see its carbon footprint, according to some reports, fall by as much as 99.95 per cent5. New cryptos are being developed with low carbon emissions in mind.

Like every asset class, an investor must be comfortable with the risk involved in putting money into crypto currencies. According to e-cryptonews.com over 2,000 cryptocurrencies have failed in the last 10 years out of approximately 10,000 in existence6.

Normal investment rules apply. Investors should consider their overall financial position and goals before investing in crypto, and the amount of money going into the asset class is a critical decision for would-be investors. Diversification within the crypto sector is another important consideration.

Active investing in cryptos should be done with eyes wide open. The best thing a typical investor can do is to devise a simple, diversified, long-term investment plan – and stick to it. And that might not involve cryptos.

For more information on this topic, please view our whitepaper, Crypto: more than a speculative mania?

Bookings heard below FAK levels out of North Asia

The spot market continued to play at muted levels during the week to March 18 amid surging coronavirus cases in key Asian production hubs, and a resulting slowdown in export demand.

Liners were reported lowering rates to below the average Freight All Kinds, with little expectation for short-term increases, carrier sources reported.

During the week to March 18, S&P Global Commodity Insights heard bookings into the USWC at FAK levels, indicating demand had still not risen to pre-Lunar New Year levels.

“Of course, the situation in Shenzhen will upset things again and the coming wave expected for next month so we will continue to ride this rollercoaster,” said one US-based freight forwarder.

Elsewhere in South America, carrier direct offers were heard at around $9,800/FEU into the Pacific Coast, and $9,200/FEU into the Atlantic Coast, indicating few bookings were made above FAK levels were on that lane.

“The blank sailings in the last few weeks were hinting at weak demand but rates have started going up now due to increasing congestion after several lockdown restrictions were imposed in Shenzhen,” a freight forwarder based in China said.

According to the Maersk update published on March 16, terminals at main ports in Greater China Area remain operational with vessel operations, yard handling and gate-in and gate-out functioning normally. However, some warehouse in Shenzhen will remain closed from March 14 to 20 and some depots have also been shut from March 15 until further notice.

“Amid the COVID outbreak, freight forwarder and shippers have to look for alternative ports,” a source based in Singapore said. “When operations at Yantian are disrupted, they move to Nansha or Da Chan Bay or Shekou, which are still being operated, if Shanghai is closed, they have to look at Ningbo, which is always the case and vice-versa.”

Even if the ports start functioning normally, shortage of the truckers will be the biggest challenge as they must go through a lot of tests at different checkpoints which often deter them from returning to work, the source added.

The disruptions in China-Europe rail and air freight has aggravated the concerns of congestion and backlogs, causing the premium rates to go up, sources said.

“The rising bunker fuel costs may have a higher impact on the rates on short-haul routes than the long-haul since freight levels are already so high on the latter,” a source based in India said. “We expect additional bunker fuel surcharges in the coming weeks.”

Container rates from Asia to North Europe saw slight downside over the course of the week as cargo imports eased slightly, however the market remained largely in wait-and-see mode regarding the latest coronavirus outbreak in Shenzhen.

Despite this, rates from Asia to the Mediterranean strengthened on FAK basis, rising to $13,700/FEU, from $13,000/FEU a week earlier. This firming came as gaps opened up in some carriers’ schedules and demand began to rebound, resulting in premiums re-entering the market.

A premium of $15,216/FEU from a carrier was heard for securing a slot for prompt loading.

Sun Cable completes A$210 million Series B funding round

Company plans to export solar to Singapore via undersea cable 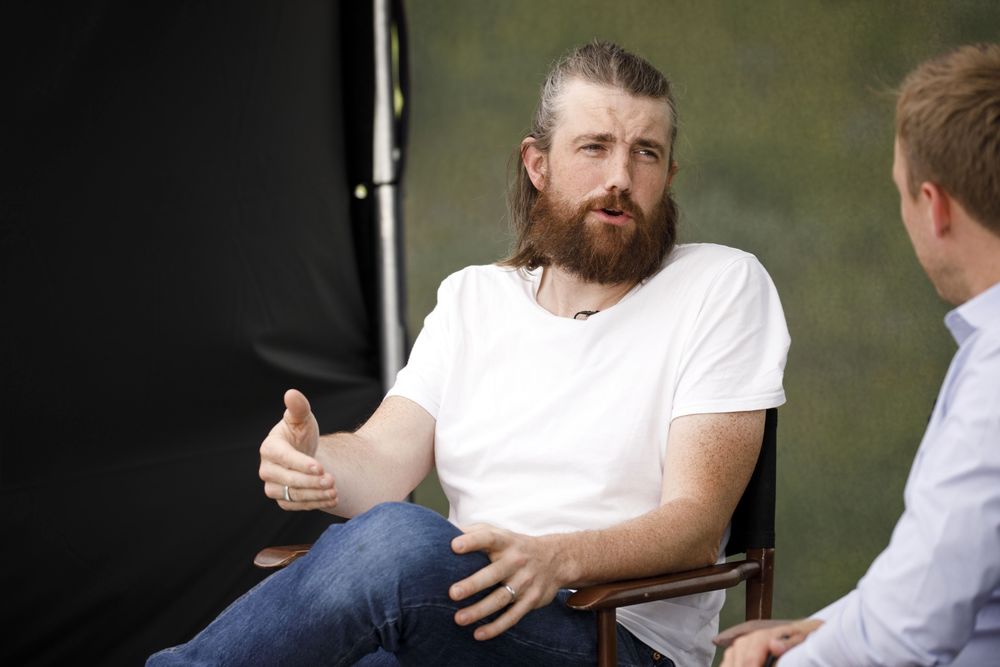 Sun Cable Pty Ltd. completed a A$210 million Series B capital raising with existing shareholders to accelerate the progress of the Australia-Asia PowerLink, as well as other projects in its portfolio, the company said in a statement Monday. The raising was led by Cannon-Brookes’ investment group Grok Ventures and Forrest’s Squadron Energy.

Sun Cable plans to lay a 4,200-kilometer (2,600-mile) high-voltage cable to supply enough electricity to meet 15% of Singapore’s demand from a giant solar and battery complex deep in the Outback. The project also plans to supply power to the northern Australian city of Darwin from late 2026.

The company now has sufficient funding to take it to financial close on the project by the end of 2023, David Griffin, Sun Cable’s chief executive officer, said in a phone interview. A formal process was underway with Singapore’s Energy Market Authority to obtain necessary import licenses, Griffin said, adding that he expected progress on that front by the end of this year.

“This brings Australia one step closer to realizing our renewables exporting potential,” Cannon-Brookes said in a statement. “We can power the world with clean energy and Sun Cable is harnessing that at scale.”

Cannon-Brookes has been a vocal campaigner for the clean energy transition in Australia, which still gets around 60% of its power from coal, teaming up with investment giant Brookfield last month in a failed bid for generation company AGL Energy Ltd. The partners had planned to accelerate the closure of AGL’s coal-fired plants and replace them with renewables.

Forrest is looking to transform his iron-ore empire into a major clean energy producer over the next decade, and has been scouring the planet for opportunities to invest in renewables and green hydrogen projects.