The short end of the market remains unchanged with a small weekly TBill auction averaging 7.20%. Fincorp leads the non-bank borrowers at 5.50% for 12mth money. In the longer end, the market was reasonably quiet in the secondary market as the successful bidders from last week’s Treasury Bond auction settled their portfolios and refocus on the next Treasury Bond Issue. I will bring you the news once Bank PNG have confirmed the details.

The World Bank Group has published a report entitled Potential of Zero-Carbon Bunker Fuels in Developing Countries, published on-line on April 23, 2021. In identifying green fuels – ammonia and hydrogen – “as the most promising zero-carbon bunker fuels within the shipping industry at present”, the World Bank says that “Liquefied natural gas (LNG) … is likely to play a limited role in the decarbonisation of the shipping sector, and countries should avoid new public policy [settings that support] LNG as a bunker fuel … and continue to regulate methane emissions to put shipping on a [Paris Agreement] aligned GHG emissions trajectory.” 10 Global Director of Climate Change at the World Bank, Ms Bernice Van Bronkhorst identifies the broader benefits of ammonia and hydrogen: “Not only [do] zero carbon bunker fuels help decarbonise shipping, but they can also be used to boost domestic infrastructure needs and chart a course for low-carbon development more generally”. See: Ammonia and hydrogen are key to decarbonising maritime transport, says World Bank report 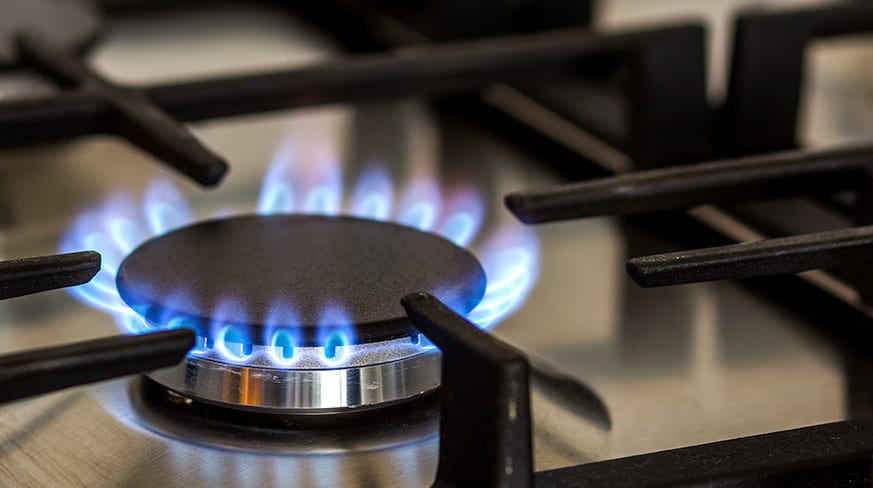 Gas customers in the ACT face higher bills in the next five years after the energy regulator allowed a network request to extract more money from its customers before many of them switch to alternative technologies such as renewables.

EvoEnergy, which owns and operates the distributed gas network and supplies more than 150,000 customers in the ACT and neighbouring Queanbeyan in NSW, has won regulatory approval to accelerate the depreciation on its gas network, and pass on the cost to consumers.

It wants to do this because it expects many of its consumers to stop using gas, partly because of cheaper alternatives and partly because of a new ACT government mandate to reach zero emissions by 2045, which means no use of a fossil fuel such as gas.

The local government is also banning the connection of gas pipelines to new suburbs, and any new gas connections in the ACT from 2023. As a result of this government policy and technology switch to cheaper renewables, EvoEnergy has shortened the anticipated lifetime of its long term assets to 50 years from 80 years, and to 30 years from 50 years for some newer assets.

But it says the lifetime of the assets could be even shorter – as little as 15 years – given the life-cycle of most household appliances. “An economic life of 50 to 80 years, based on the technical life of modern plastics and steel, is simply not a reasonable estimate,” it says.

The Australian Energy Regulator argues that the price increases are fair because it protects those that will remain on the gas grid from even higher bills down the track. (The potential write-down of such stranded assets is  rarely discussed, but surely must be in coming years, presenting another regulator headache).

“As consumers make the switch to renewable energy under the ACT Government’s climate change strategy it’s expected there will be less demand for gas in the ACT,” AER chair Clare Savage said in a statement over the weekend.

“This means any remaining consumers who can’t or don’t yet choose renewable energy services are at risk of future bill increases because less homes and businesses can share the cost of maintaining gas network services.

“Faster depreciation means that some of the costs for gas network services can be recovered from more consumers today, compared to a smaller number of consumers in the future.”

EvoEnergy expects that the number of customers and demand for gas could fall by nearly one quarter in the next five years. The AER thinks there will be fewer defections, and predicts only a fall in demand of 9.8 per cent.

“We consider that our alternative demand forecast is better than Evoenergy’s forecast in terms of accuracy and represents a more appropriate allocation of demand risk to consumers,” it said.

Still, it approved an increase in the network component of consumer bills that will addd $14 a year to households and $127 a year to business, around half the bill increase that would have occurred had it accepted EvoEnergy’s forecasts. (Network charges will actually fall in the coming year, but then rise in the four years of the regulatory period that follow).

The increase in bills is not huge, but the regulatory signal is important, as gas networks across the country are  facing the same issue of stranded assets and grid defections that had been expected of the electricity networks.

In the case of electricity networks, the slow rollout of household batteries, and the realisation that the cheapest back-up is the grid, along with the rollout of programs such as virtual power plants, that will ultimately include electric vehicles and which can deliver added revenues to the grid, has caused less defection than thought.

The gas networks, however, have a problem. In a country aiming for net-zero emissions, and the alternatives currently being pursued, biogas and hydrogen, may only offer partial solutions and may not be cost competitive.

“The future of natural gas is a live issue, particularly as renewable energy becomes cheaper and is increasingly becoming the choice of consumers,” the AER notes.

EvoEnergy noted that none of the avenues it had been pursuing for “renewable gas” – such as biogas and green hydrogen – were strong enough yet to present to regulators for spending approval. They both require significant investment in new infrastructure.

It’s ironic, though. One of the country’s biggest electricity companies, Transgrid, had sought permission from the Australian Energy Market Commission, the main rule-maker, to fast forward the return on investment (i.e. higher network charges) to advance the case for the proposed new transmission link from South Australia to NSW.

The AEMC said no. So now we have a case where an incumbent gas asset owner can fast track returns from consumers because it is threatened by the switch to renewables, but another network operator is not allowed to do the same when it proposes an investment that will help fast track the switch away from incumbent gas to new renewables.

That’s what happens when the rules of the market do not allow the regulators and rule-makers to consider environmental or climate factors in their decision making. It’s been the single biggest failing of the National Electricity Market and one of the prime reasons why the sector is in a mess. It’s time it changed.

The Sydney-based company behind an Australian made technology that helps forecast and optimise the output of large-scale wind and solar projects is seeking to raise to up to $5 million to accelerate its international expansion.

Fulcrum3D said on Wednesday that it was working with advisory firm Energy Estate to tap investors for $A3-5 million to increase its market reach and capitalise on the global renewable energy boom – particularly in the US, where a renewables friendly government has taken the wheel.

The company first launched its ARENA-backed advanced cloud tracking system on the Australian market in mid-2016, where it was soon been applied to major commercial and grid-scale projects, including the 25MW Katherine Solar Farm in the Northern Territory.

The company has since also developed a trailer-mounted wind energy monitoring technology, called Sodar, which it claims provides accurate wind resource data at a fraction of the cost of traditional met masts and with more flexibility for site location.

At this stage, Fulcrum3D says it provides operational performance monitoring on over 2,000MW of utility-scale solar as well as forecasting services for well over 2,000MW of wind and solar generation on Australia’s National Electricity Market (NEM).

Among the wind projects to have adopted its Sodar technology are the 270MW Snowtown 2 wind farm, the 131MW Waterloo Wind Farm, and the 111MW Granville Harbour Wind Farm, all owned by Palisade Integrated Management Services.

Elsewhere, Fulcrum3D has systems already deployed in China, Europe, India, Middle East, South America and the Pacific Islands, but is hoping to extend its reach overseas with the help of the planned fund-raising round. The company has forecast a total addressable market of $A1.8 billion by 2025.

Proceeds from the capital raise would in particular be focused on accelerating Fulcrum3D’s expansion in the US, the company said, where initiatives from the Biden administration were accelerating renewables penetration.

“The next few years are crucial for us,” said Fulcrum3D managing director and co-founder, Dr Colin Bonner.

“This capital injection will further accelerate our international expansion, scale our manufacturing capabilities, expand our marketing, and accelerate our R&D,” he said.

“We have had great Australian results and have our eyes on accelerating growth in international markets, so we can facilitate the global transition to renewables by providing the most accurate forecasting data on the market.

Sophie Vorrath Sophie is editor of One Step Off The Grid and deputy editor of its sister site, Renew Economy. Sophie has been writing about clean energy for more than a decade.

The order book this week indicates we are buyers of most equity stocks, particularly BSP and we have buyers in the bond market from 3yr out to the 10yr. Feel free to call Chris if you would like to find out how to switch your bond holding and take advantage of the yield curve.

Have a great week,