We have orders on most stocks and nett buyers of BSP and STO.

On the interest rate front

Again we saw the TBills aggressively bid with this weeks average coming in at 3.37% which is 1.4% above the Australian 1yr rate and Australia is AAA rated. Therefore, the nett 1 yr rate of return (ROR) in PNG is approx.  negative 2.1% nett of inflation versus Australian nett 1 yr rate of negative 3.2% nett of inflation. Focusing on PNG, this of course is based on the current inflation forecast of 5.5% and realistically, taking into account the price today of zoom, diesel, rice, flour, cooking oil etc, current prices would indicate a rate above a 5.5% forecast for 2022.

But we are in PNG and if we have a cash liquidity, what are the alternatives? Businesses, well one would think you may look at investment into competitor buyouts, expansion of premises (property), increasing inventory, a review of the current fleet and other leasing arrangements, cutting costs, diversification of the current investment portfolio etc.

For the individual, increase the weighting toward the equity market and with the right stock selection, be rewarded with a solid return, a possible capital gain and provide liquidity. The retail property market is a good long-term investment and some good options are coming to the market, but turning property over is expensive and can be very illiquid in a soft market, but a good long term hold.

Investing in an inflationary environment has been covered by articles I have shared in previous JMP Weekly Reports and worthy of review.

We received confirmation late Friday that the next GIS auction will be held this week with maturities along the yield curve from the 2yr out to the 10yr. The professional market will be bidding the stock aggressively to avoid disinvestment.

UK banks face up to £225bn in climate-related credit losses

UK banks face up to £225bn in climate-related credit losses, stress test finds BoE exercise comes as HSBC executive questions ‘hyperbole’ on environment The BoE said that Inland and coastal flooding was likely to drive up claims in the UK.

UK banks and insurers that fail to manage the risks associated with climate change could suffer a 10-15 per cent hit to their annual profits, the Bank of England warned on Tuesday. The results of the regulator’s inaugural “climate stress test” indicated that banks could incur up to £225bn in credit losses by 2050, while insurers’ asset values could fall 15 per cent under a worst-case scenario.

But the analysis suggested that the losses would be “absorbable for banks and insurers, without a worrying direct impact on their solvency”, said Sam Woods, head of the BoE’s Prudential Regulation Authority. The exercise will not be used to set higher capital requirements, he said. The stress test looked at the exposure of the largest 19 UK banks and insurers to climate-related risks — both physical risks, such as flooding, and “transition” risks, such as potential regulatory or policy changes.

The issue of banks’ responsibilities on climate was thrown into the spotlight last week, when a senior HSBC executive said central bankers were overstating the financial risks of warming in an attempt to “out-hyperbole the next guy”. Stuart Kirk, global head of responsible investing at the bank’s asset management division, has since been suspended pending an internal investigation into his comments.

Woods said on Tuesday that the comments had been “ill judged”. “I do not think that you could attach the word ‘hyperbole’ [to the stress test results],” he said. In his speech, Kirk noted that HSBC’s average loan length was six years and suggested that meant long-term risks were overstated.

The BoE’s stress test envisages that banks and insurers do not change the composition of their balance sheets. The regulators acknowledged that was unlikely to be true in reality.

Insurers stood to lose out both from the impact of climate change on their investments and through higher payouts for flood and other damage, the BoE said. Insurers’ assets could fall 8 per cent in the most benign scenario, but 15 per cent under the most extreme scenario, with life insurers particularly exposed.

Inland and coastal flooding was likely to drive up claims in the UK. In the worst-case scenario, about 7 per cent of UK households that insurers currently cover could become uninsurable, the BoE said. “It’s worth emphasising that these costs would be mostly passed on to consumers through higher premiums,” said Woods.

Recommended Cat Rutter Pooley Why climate change angst is not just an HSBC issue Although the stress test is not being used to alter capital requirements, as in a standard remediation process the BoE could ask a company that it believed was not sufficiently managing its risk exposure to hold extra capital.

Woods said any move to penalise banks for holding “brown”, or carbon-intensive assets would “have to be a political judgment”. He said one question that could be worth looking at in future was the impact on the financial sector of a “transition shock”, in which government policy changed suddenly. The BoE has not decided whether it will rerun the climate stress test in future. 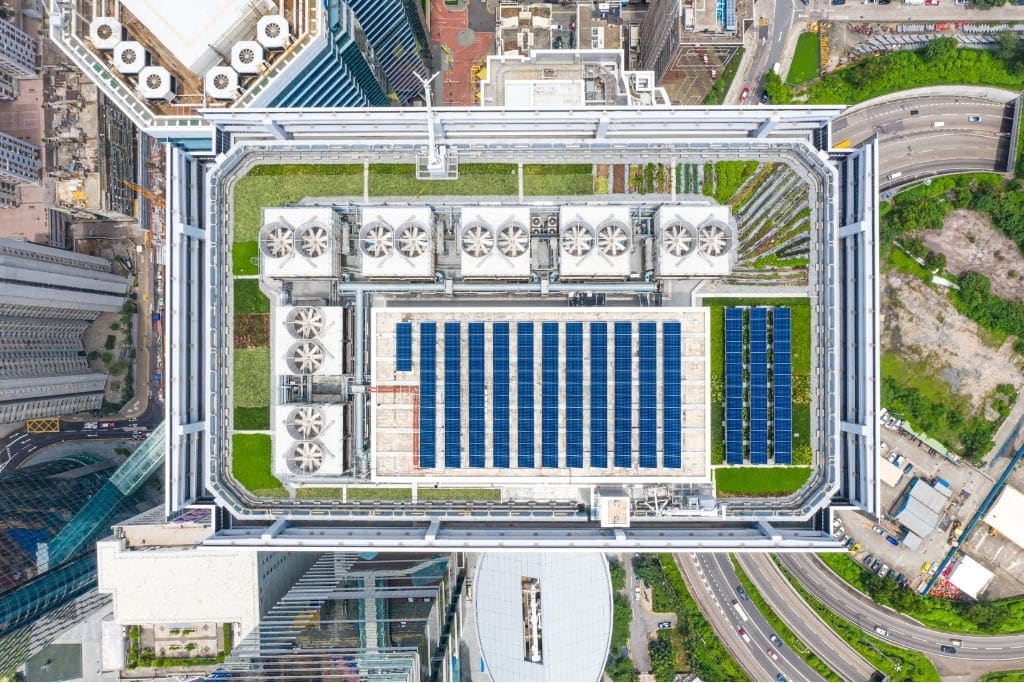 In a goal to make solar the largest electricity source in the EU, the Commission is proposing plans for mandatory solar panels on all new buildings by 2029.

Solar panels could soon be mandatory on all new buildings in the European Union under a new proposal aimed at rapidly replacing its reliance on Russian oil and gas supplies with renewable energy.

“There is a double urgency to transform Europe’s energy system: ending the EU’s dependence on Russian fossil fuels, which are used as an economic and political weapon and cost European taxpayers nearly €100 billion per year, and tackling the climate crisis,” the European Commission said in a statement earlier this week.

Currently, 40% of the EU’s gas is imported from Russia at a cost of over USD$110 million a day. Following the Russia’s invasion of Ukraine, the European Commission is turbocharging their original green energy transition with the aim of producing nearly half of the bloc’s energy from renewables by 2030 – doubling the current amount.

To achieve this, the Commission’s REPowerEU plan and the “solar rooftop initiative” is introducing a phased-in legal obligation to install solar panels on new public and commercial buildings, as well as new residential buildings by 2029. The goal is to bring online over 320 GW of solar photovoltaic energy by 2025 (more than doubling from 2020) and almost 600 GW by 2030.

If successful, solar energy will become the largest electricity source in the EU by 2030, with more than half of the share coming from rooftops.

“We can also lead by example,” said European Green Deal head Frans Timmermans.“Let us show as a commission how quickly we can put solar panels on our buildings.

The energy plan is also proposing to double the rate of deployment of heat pumps, to produce 10 million tonnes of domestic renewable hydrogen by 2030, and to double wind capacity. The latter of which recently saw four North Sea countries – Germany, Belgium, the Netherlands and Denmark – commit to a joint project to increase offshore wind capacity by ten fold to help supply energy and green hydrogen in the region.

The total cost of achieving this would reach hundreds of billions, requiring an investment of €210bn between now and 2027 from the private and public sector across Europe. But the proposed funds have been described as “down payment” on the bloc’s future independence and energy security, and will save the EU €84bn a year by cutting Russian imported fuel.

Aside from these targets, the EU hopes the plan will help reduce energy prices over time. In its World Energy Outlook 2020 report, the International Energy Agency (IEA) confirmed that solar power schemes now offer the cheapest electricity in history and predicted that by 2050, solar power production will skyrocket and become the world’s primary source of electricity.

I hope you have enjoyed this week’s read, have an awesome week,