On the interest rate front the 364 day TBill rates have been flat lining for several months now at 7.20%. The Finance Company money can be put away from 5.50% with CCP, Fin Corp and Moniplus offering competitive rates.

Our Order book has some nice 4 month BPNG paper on offer, please give me a call for more detail. 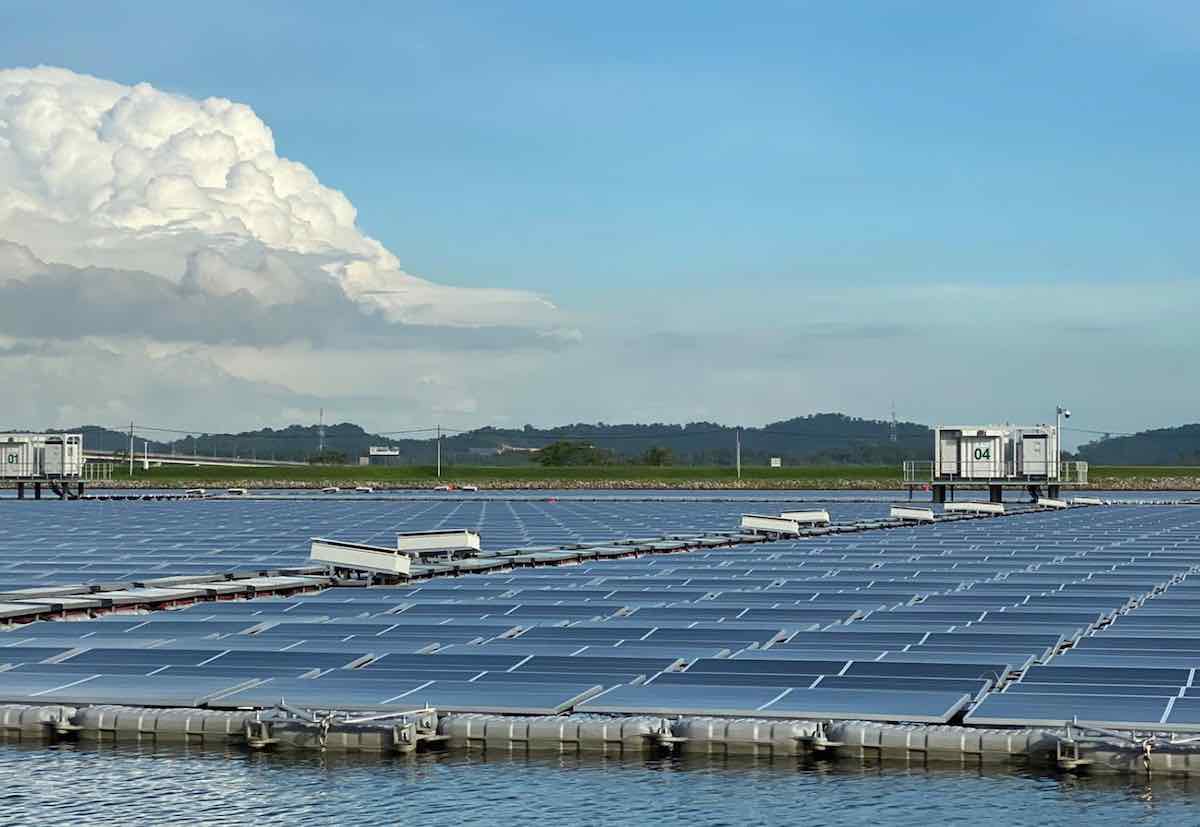 One of the world’s largest inland floating solar PV systems, the 60MW array on the Tengeh Reservoir in Singapore, has been completed and is sending power to the grid, according to Trina Solar, the supplier of modules for the project.

The project, which is also one of the first in the world to integrate green technology with water treatment, is most certainly the largest floating PV system in Singapore, where big solar development is limited by lack of free land space.

The floating solar plant was developed by Singapore’s PUB (Public Utilities Board) National Water Agency, along with its subsidiary Sembcorp Industries, with construction kicking off in August of 2020.

Trina, which supplied 12,556 of its 210 Vertex dual-glass modules for the array, said on Wednesday that the competed project had been recently connected to the grid and was now in full commercial operation.

The Chinese solar giant said its modules were selected for the job according to “very strict requirements” for their functionality, safety and reliability in a water environment over an expected operational life of more than 25 years.

“Trina Solar’s 210 Vertex dual-glass modules are a perfect fit for this floating project with its high-power generation and reliability in hot and humid climates, such as Singapore,” a statement from the company said.

Trina also noted that the modules’ higher efficiency and power meant fewer panels needed for the 60MW project, reducing its footprint on the water.

“The application of Trina Solar’s 210 Vertex modules in Singapore’s floating project has been a successful showcase,” said the project leader of Trina’s China region, Zhao Lei.

“After the Singapore project, more and more country markets show confidence and recognition of the quality of Trina Solar’s 210 Vertex modules. Our brand has earned its wider reputation overseas.”

Just this week, Trina also revealed that its Vertex modules had achieved a new global efficiency record, thanks to advancements made by the company’s Singapore-based team of researchers at the State Key Laboratory of Photovoltaic Science and Technology (SKL). 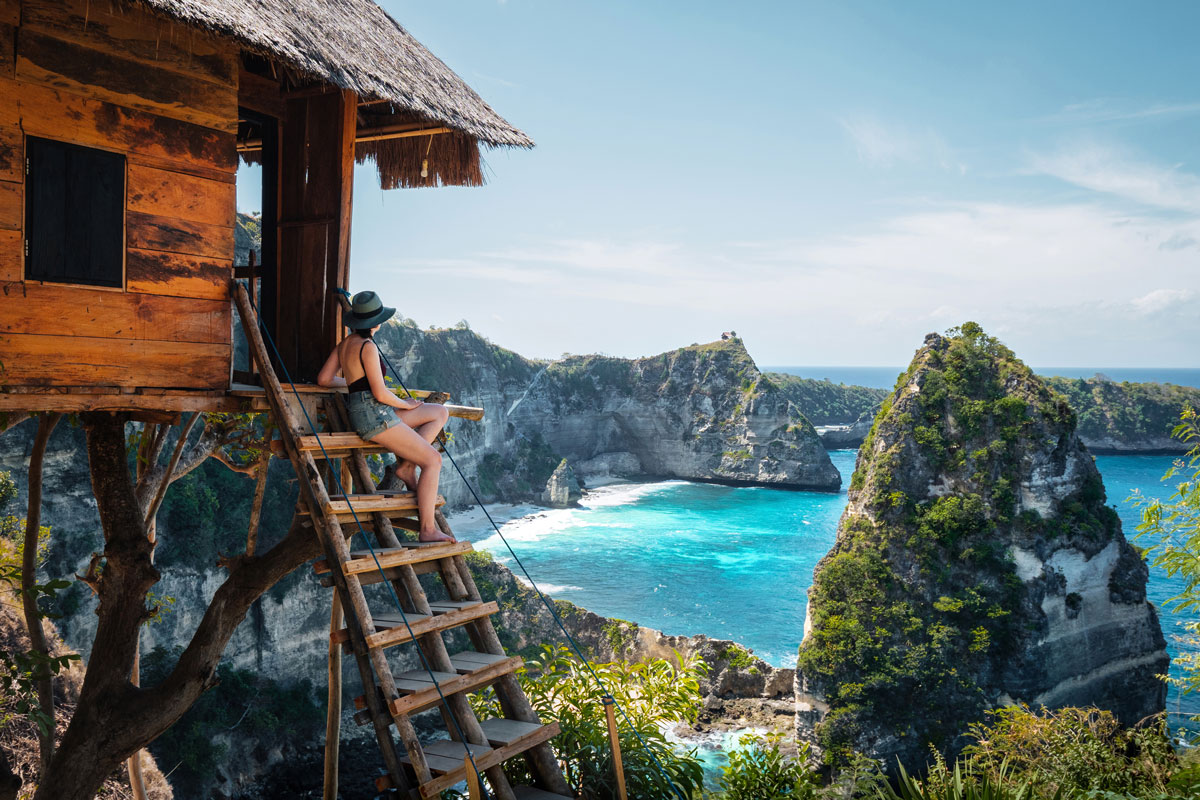 The ‘Bondi, Byron, Bali’ triangle has the same attraction to ‘spiritual urbanites’ as the Bermuda triangle has to light aircraft.

This community was dealt a Chakra-stinging blow earlier this week, however, when news broke that Indonesia would be adopting a ‘no vax, no fly’ policy.

Coconuts Bali reports this is sending foreign nationals in Bali “into a frenzy.”

“From anti-vaxxers condemning the move, to travellers who prefer to get the COVID jab in their home countries, to those frustrated with not being able to get vaccinated even if they wanted to,” the move has allegedly ruffled a lot of feathers, Coconuts Bali claims.

Here in Australia, our Beige linen wearing brethren now face a dilemma (beyond that of doing the right thing by the rest of the country) – abandon the anti-vax rhetoric (which, unfortunately, quite a few in these communities seem to subscribe to) or have their wings clipped.

With international travel tipped to resume in 2022, those looking to resume their annual pilgrimage to Mrs Sippy Seminyak will have to either get vaccinated or potentially be denied entry to Indonesia.

At the time of writing, only 8.2% of Australians have been fully vaccinated, according to The Guardian. This rules out 91.8% of Australians from entering Indonesia (and by extension, Bali) right now.

Australians can’t leave Australia right now anyway due to our own government’s travel ban. The big question Indonesia’s new policy raises is how many of us will be fully vaccinated next year (or whenever international travel resumes) and whether this ‘no vax no fly’ policy for foreign nationals is going to remain in place permanently.

“The COVID-19 Task Force issued the new requirements yesterday,” Coconuts Bali reported on Monday, “which mandates that foreign nationals entering Indonesia must test negative for the coronavirus and to show a card or certificate that indicates they have received their full dose of a COVID-19 vaccine.” 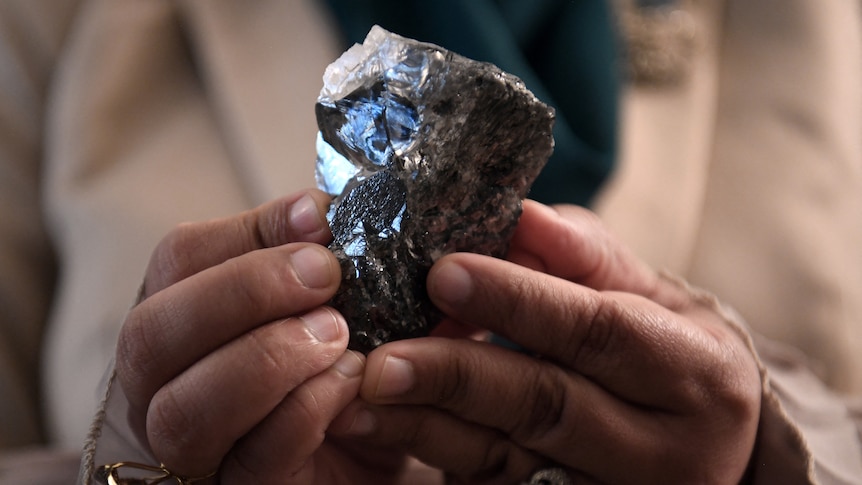 The diamond was mined in Gaborone, Botswana during an 11-day production run in June 2021.  (

A 1,174-carat diamond has been unearthed in Botswana, a mining company announced on Wednesday, trumping another huge precious stone found in the country last month.

The latest find, which fills the palm of a man’s hand, was discovered on June 12 by Canadian diamond firm Lucara and presented to the country’s cabinet in the capital Gaborone on Wednesday. 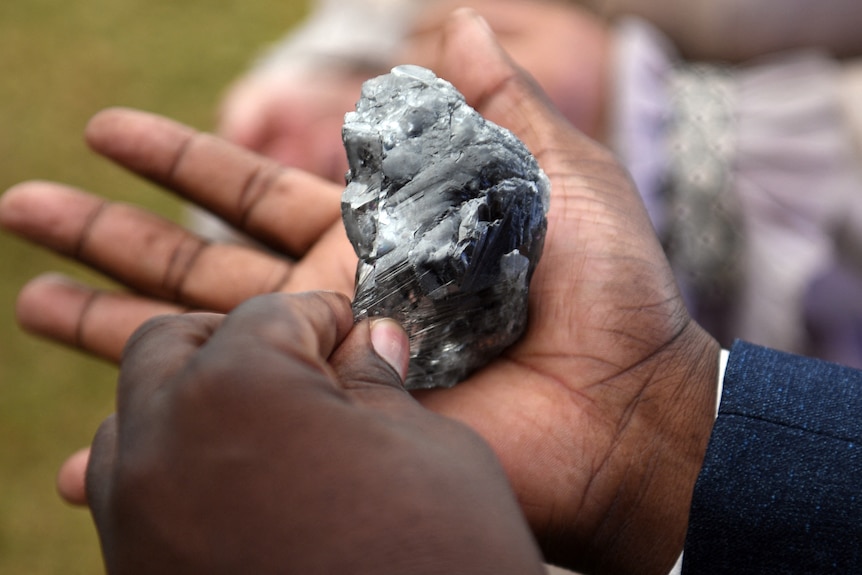 “This is history in the making, for us and Botswana as well,” said managing director Naseem Lahri, adding the diamond sits in third position among the world’s largest diamonds.

The diamond fills the palm of a man’s hand.

Last month, Botswanan diamond firm Debswana said it had recovered the “third-largest” stone in the world at 1,098-carats on June 1.

The latest find solidifies Botswana as a leader on the world stage of the largest stones, accounting for six in the top 10 list.

The biggest diamond ever discovered in the world was the 3,106-carat Cullinan, found in South Africa in 1905.

Parts of that diamond adorn the British crown jewels.

President Mokgweetsi Masisi welcomed the “riveting moment” and the growing frequency of diamond discoveries in the country, promising that the southern African country will have a long-lasting legacy. 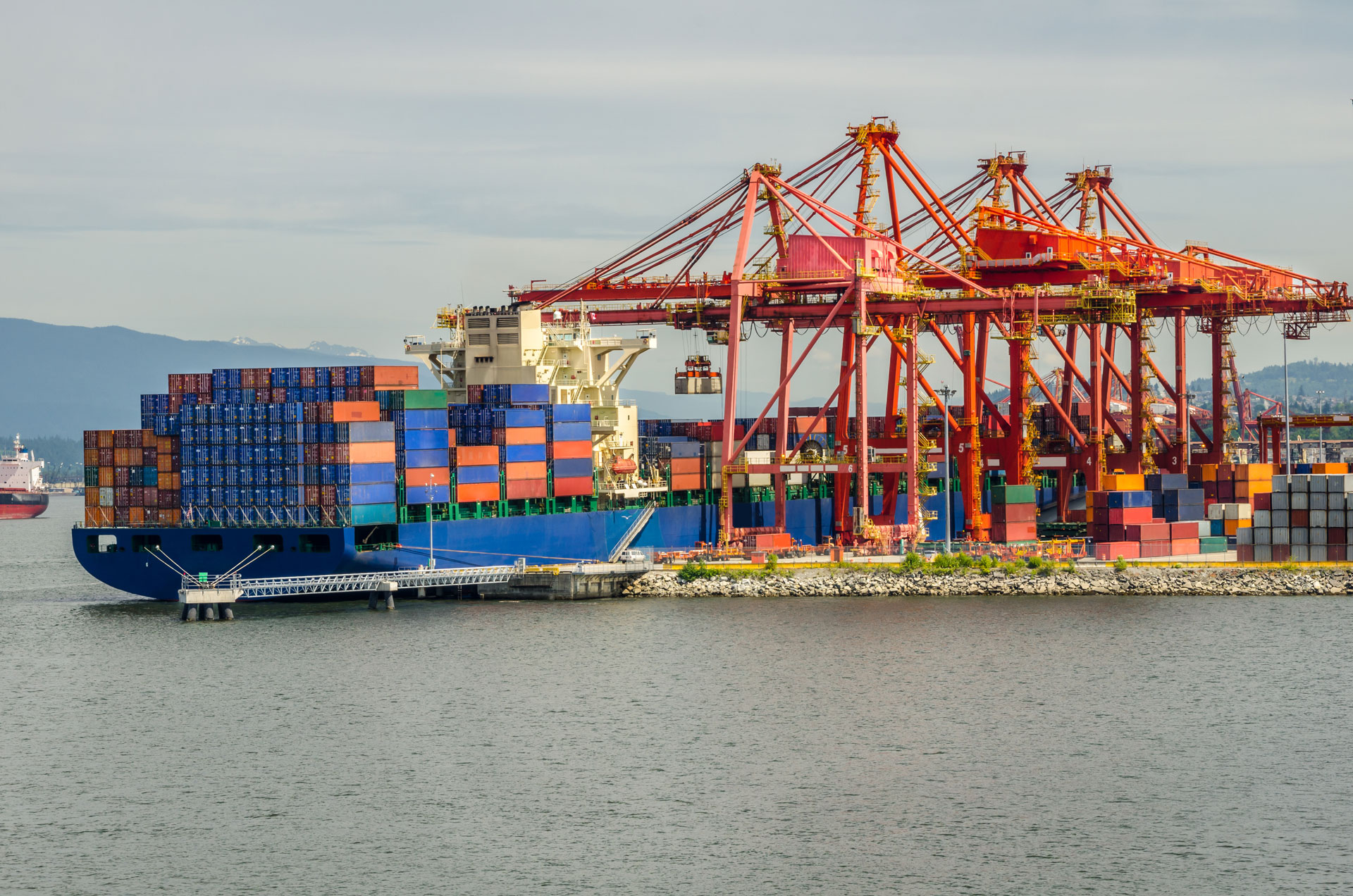 The US government took aim at the ocean shipping industry in a sweeping executive order President Joe Biden signed July 9 that also targeted anti-competitive practices in the healthcare, internet service, and agribusiness sectors.

The fact sheet noted that the ocean container shipping industry has consolidated rapidly since 2000 when the 10 largest shipping companies controlled just 12% of the market.

“Today, it is more than 80%, leaving domestic manufacturers who need to export goods at these large foreign companies’ mercy,” the fact sheet said. “This has let powerful container shippers charge exporters exorbitant fees for time their freight was sitting waiting to be loaded or unloaded.”

Although the detention and demurrage charges paid to shipowners by US exporters were the focus of this section of the executive order, it could more broadly bring attention to escalating shipping rates for US importers that have contributed to higher consumer prices.

Platts Container Rate 5 – North Asia to East Coast North America – was assessed on July 9 at $8,100/FEU, up 140% from $3,375/FEU a year ago, as shipping lines and ports were overwhelmed by unprecedented cargo volumes from Asia to the US since lockdowns and social distancing took effect during the coronavirus pandemic.

But rates, including premium service fees some priority shippers paid on the North Asia-to-East Coast North America route, have climbed even more dramatically into the $18,000-$20,000/FEU range to secure prompt loading on a ship leaving Asia, where cargo volumes have greatly exceeded carrying capacity.

The Consumer Price Index, provided by the US Bureau of Labor Statistics, showed prices for all items across the index rose 5% in the 12 months to May, the strongest one-year increase on record since the period to August 2008.

“COVID[-19] and its effects have created record demand for shipping and record freight rates as well,” FMC Chairman Daniel Maffei said in June 15 testimony to the US Congress. “The demand for imports will likely not diminish until 2022. But the supply of space on ships has not increased enough to keep pace even though virtually every usable ship is in service.”

The executive order could discourage container shipping lines from further increasing rates in the months ahead despite strong demand, similar to the way trans-Pacific rates were largely stable from January through April after a review by China’s Ministry of Transport, a US freight forwarder said.

“The order doesn’t seem to give the FMC any legal authority to regulate shipping rates, but it is definitely unwanted attention for the shipping lines,” the freight forwarder said. “They might just be more cautious about the rate increases they are passing through going forward.”

I hope you have enjoyed this week’s read, please feel free to discuss,

Have a great week and make it happen