Our book starts the week as a nett buyers of BSP, STO, CCP

No major announcements through the week.

On the interest rate front, we saw a slight weakening in the 364 day rates with this week’s average coming in at 4.30%. The Bank issued 298million as per the offer, the market was oversubscribed by 12mill.

In the other markets


What we’ve been reading this week

Shareholder activists: Barbarians in the boardroom or capitalism’s unlikely heroes?

by SPONSORED ARTICLE BY DILIGENT 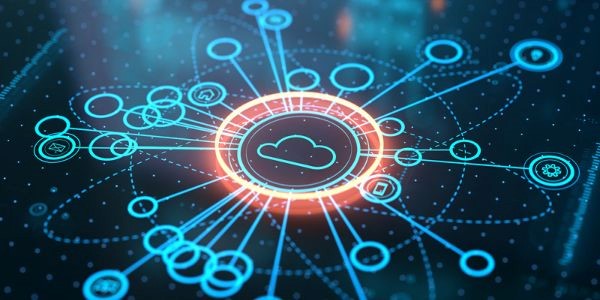 Activist investors have been called many things over the past decade, from barbarians in the boardroom to capitalism’s unlikely heroes. More often than not, they’ve been considered a threat.

Back in the day, activist investing was limited to small hedge funds pouring over ‘sum of the parts’ valuation metrics and recommending companies increase the size of their annual share repurchases, but by modern standards, this now seems almost parochial.

Today, companies face a wider array of demands from their investors, reflecting concern for the preservation of both shareholder and stakeholder value. As Diligent’s Modern Governance Summit 2022 in Austin heard last month, activist campaigns are much more reflective of the world in which companies operate, and investors expect boards and management teams to hear them out.

‘There are many different types of investors who use these tactics, and there are many possible outcomes,’ noted Ms Ramani, in reference to the broad adoption of activist tactics.

Ms Braswell agreed that the idea of prioritising shareholders’ interests was being approached more holistically with the rise of ESG investing.

‘There should be a symbiotic relationship between shareholders and stakeholders, particularly with an ESG issue,’ she told the panel. ‘The long-term health of a company is really tied in with stakeholders.’

Back in 2019, the decision by the Business Roundtable – a committee of CEOs – to put stakeholder-value on par with that of shareholders was considered contentious. But since then, investors have interwoven issues such as climate change, diversity, equity and inclusion (DE&I), and human capital management with economic narratives.

Furthermore, the intertwining of ESG and economic factors is key to winning support from Glass Lewis, one of the research bodies that support the institutional investors charged with deciding who wins a proxy contest.

‘When those factors are driven by each other and make a difference in terms of long-term value, that’s when you get a good ESG campaign,’ said Mr Grothe, who works on Glass Lewis’s activism desk.

Mr Grothe explained that Glass Lewis’s framework starts with the question: ‘Has there been a compelling case for change?’ That stymies several single-issue ESG campaigns, because when overall company performance and board oversight is up to scratch, the proxy adviser won’t recommend for change just because an ESG demand seems like an improvement.

That will remain the case even with the introduction of the universal proxy card, a mandatory change that will require companies to list activist nominees on their own proxy ballots, and vice versa. Previously, each side had to file its own card, and unless they attended the meeting, investors could only vote for one side’s candidates.

Insightia reporting suggests the change is making proxy contests slightly more attractive to ESG-focused activists, and Ms Braswell agreed that the new rule is likely to lead to more fights next year. ‘One of the biggest deterrents in the past has been the cost of soliciting votes,’ she said. ‘That’s no longer the case.’

But that doesn’t necessarily mean results will improve.

In a tight contest, the ability to choose a greater mixture of candidates might lead to some subtle differences in the recommendations.

Momentum has shifted and privacy reform is on the way 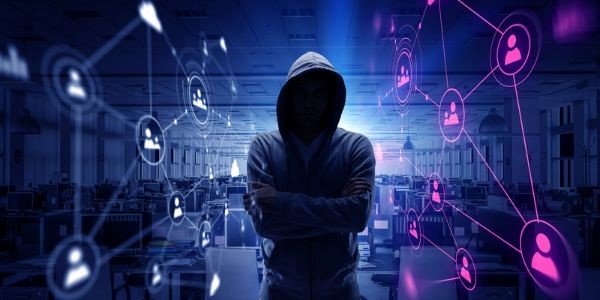 Ask anyone on the street and it’s certain they will either be aware of the recent spate of high-profile cyber-attacks or be a victim of one. I wrote about the attacks in the last News Update.

There’s no denying, we live in a rapidly evolving data landscape, and our current privacy regulations are not keeping pace. In the Australian Privacy Commissioner’s 2020 survey, 83% of Australians said they’d like the government to do more to protect the privacy of their data.

It’s now November 2022, and no regulations have changed.

We need a Privacy Act that is fit for purpose for the digital age. It’s almost unthinkable that the current privacy regulations were designed in 1988.

Collectors of our data need to be aware of the serious risks posed by storing unnecessary but highly sensitive data. What is needed are new regulations that minimise the amount and types of data extracted for commercial purposes as well as a new regulator to vigorously enforce these regulations.

The EU took on the data privacy regulation challenge in 2012. The General Data Protection Regulation (GDPR) is a leading privacy regime.

The previous federal government was aware of the flaws in privacy and data regulations and started a review of the 1988 privacy laws in December 2019 to work out whether they were fit for purpose in the new digital economy.

Unfortunately, COVID-19 and other political priorities got in the way, and the review stretched out to early 2022.

The current regulations are already meant to limit companies to collecting personal information only when necessary and for a given purpose (unless an individual consents or would reasonably expect it to be used for another reason). If companies do keep personal data for a period, they must take reasonable steps to protect it from misuse, hacks or disclosure.

It’s clear however, that these regulations are not strong enough, nor are the associated penalties. There is currently a $2.22 million limit on corporate penalties for breaches. The GDPR regulations have a €20 million or 4% of a firm’s worldwide annual revenue penalty.

Following the recent Optus hack, Katharine Kemp, a senior lecturer at UNSW and one of Australia’s leading experts in privacy law reform, said, ‘A big problem is a lot of companies have quite a self-serving interpretation of the existing privacy principles. They make use of the broad language to generally collect more information, use it for more purposes, and keep it for longer than would be the case if we had stronger privacy laws.’

Kemp continues, said that ‘tightening what information can be collected in the first place’ would also help stop large data thefts.

So where do our privacy laws stand under the new federal government?

The Attorney General, the Hon. Mark Dreyfus MP, tabled the Privacy Legislation Amendment (Enforcement and Other Measures) Bill 2022 on 26 October.

The bill proposes significant increases to the penalties for incorporated entities. Either:

For unincorporated entities (including individuals, sole traders and partnerships), the penalty will increase from the current maximum of AUD$440,000 to AUD$2.5 million.

These are some of the most severe financial penalties for data privacy violation in the world. and the Government has indicated it plans to do more to update our outdated privacy regulatory environment.

The final consultation discussion paper for the December 2019 Privacy Act review is due back by the end of this year, and it is anticipated that the long overdue draft legislation for the new privacy regulations will be introduced next year.

While the government has been swift to update the penalties, but the parliamentary backlog is already delaying major pieces of Labor’s legislative agenda and privacy is an area where the public increasingly considers delays are no longer be palatable. Some are suggesting the government might convene an extra December sitting week for the Senate to break through the backlog.

The companies have signed a joint development agreement as an important step towards the development of a green ammonia import and distribution infrastructure in the Port of Hamburg.

The project was announced on 17 November at a ceremony in Hamburg, which was supported by German Federal Minister for Economic Affairs and Climate Action Robert Habeck and the First Mayor of Hamburg Peter Tschentscher.

Courtesy of Port of Hamburg 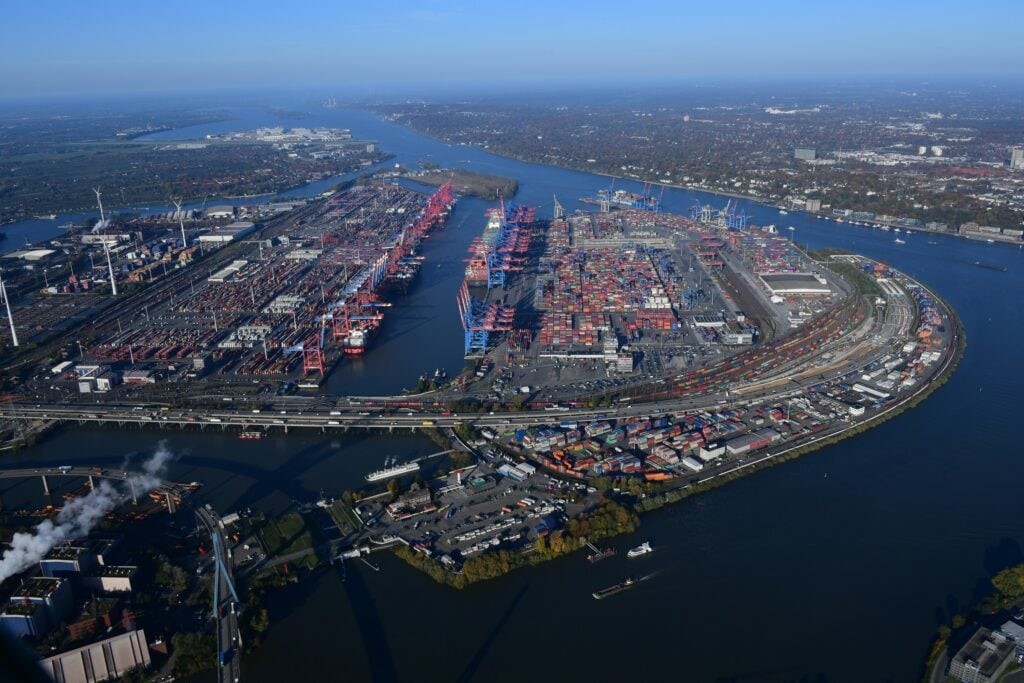 The planned import terminal is to be located at Mabanaft’s existing tank terminal in the Hamburg port and aims to provide hydrogen to Germany in 2026.

This location is said to offer strategic access to green ammonia from large-scale green hydrogen production facilities operated by Air Products and its partners around the world.

The intention is to convert the ammonia to green hydrogen via Air Products’ facilities in Hamburg, before distributing it to buyers locally and across northern Germany.

This plan responds to the accelerating demand for clean energy to meet climate objectives and the need to diversify energy sources, the developers said.

The new agreement follows a memorandum of understanding (MoU) that Air Products and the Hamburg Port Authority signed in February 2022.

“Together with Mabanaft, we look forward to further progressing our plans of importing needed-renewable energy into Germany, through our planned facility”, said Air Products’ Chairman, President and CEO Seifi Ghasemi.

“We are delighted to work together with Air Products, the world’s leading hydrogen producer, on the development of this terminal. As a result, we will make significant investments and deploy our energy infrastructure capabilities and expertise to accelerate the energy transition in Hamburg as the key import gateway for Germany”, added Volker Ebeling, Senior Vice President New Energy, Chemicals & Gas at Mabanaft.

Federal Minister for Economic Affairs and Climate Action Robert Habeck stated: “Now more than ever, we need to advance the hydrogen economy. To do this, we are setting up our own hydrogen production in Germany, but of course, we also need hydrogen from imports.

I hope you have enjoyed this week’s read, if you would like to have a confidential conversation regarding your investment requirements or you would like to discuss the benefits of having a Will, please do not hesitate to contact me.