The Order Book is a nett seller of BSP

On the interest rate front, the 364 day Bill remained flat with the auction averaging 4.30% again this week.

The 2nd largest Swiss Bank, Credit Suisse, is experiencing a bank run of epic proportions. It was announced last night that during the first few weeks of this quarter alone they saw a capital outflow of $88.3 billion, which consequently saw their share price drop to its lowest point in over 30 years.

While we have already discussed the Credit Suisse saga previously, however these most recent developments deserve a further deep dive. 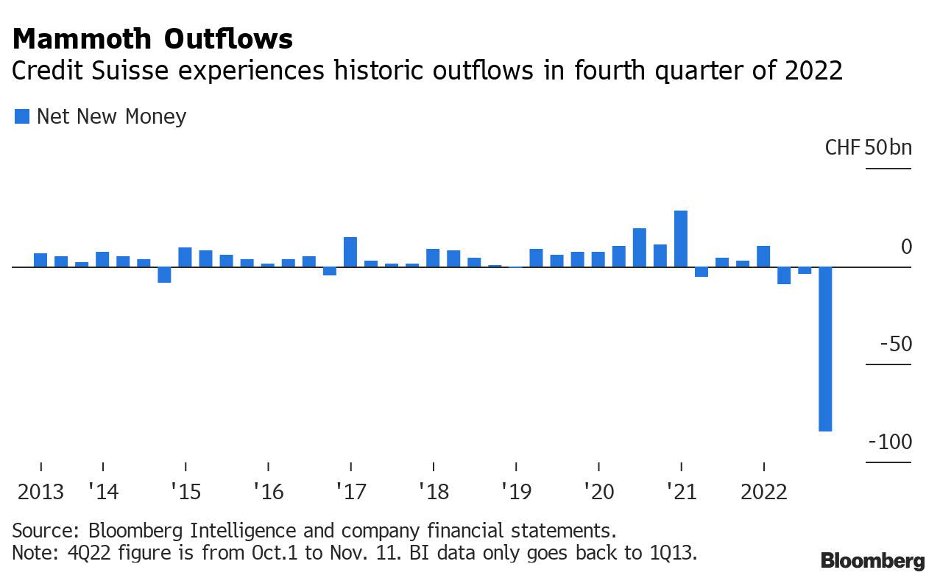 Most importantly, 10% of their total assets under their key wealth management unit were withdrawn. This has led to Credit Suisse admitting that they have “fallen below certain legal entity-level regulatory requirements.”

To put this into perspective, during the Global Financial Crisis, UBS also saw their wealth management outflows reach 10% of assets under management. The difference being however is that it took UBS one year to reach that same percentage of customer outflows, not a just few weeks.

“The massive net outflows in Wealth Management, CS’s core business alongside the Swiss Bank, are deeply concerning — even more so as they have not yet reversed,” said Andreas Venditti, banking analyst at Bank Vontobel AG in Zurich.

“Credit Suisse needs to restore trust as fast as possible – but that is easier said than done.”

Unsurprisingly, the market reacted harshly to the announcement, which resulted in their share price closing down 6%, at $3.86. Just this year alone, Credit Suisse has lost a staggering 60%. 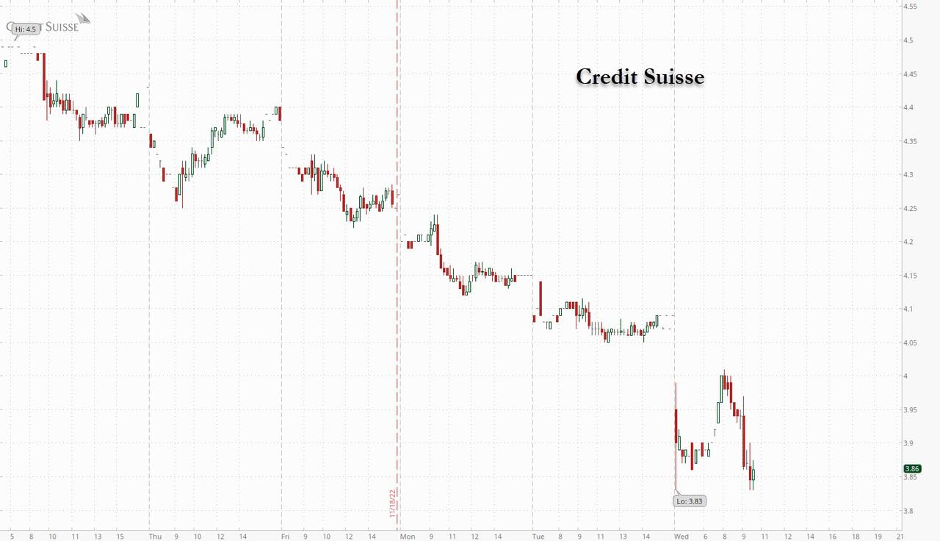 Interestingly, this saga has been a clear growth opportunity for Credit Suisse’s’ main competitors, namely the aforementioned UBS, as well as Julius Baer, who have seen their assets under management increase by $17 billion and $4.3 billion respectively since June this year.

One key and possibly controversial takeaway from this whole saga is that, if you thought that the heavily regulated risk-taking practises of the traditional finance sector was substantially safer than the wild west of the cryptocurrency space, this might be a wake-up call. At the very least, there are strong similarities between the two (namely the likely use of customer deposits on high-risk financial products).

The main difference we have seen between the two is the level of governmental response. With the FTX debacle, we have governments and financial institutions calling for increased regulation. When it comes to Credit Suisse, we have seen these same entities calling for a bailout and the FED specifically providing a swap line of funds to aid them in recovery.

A possible Bank bail in could be on the cards for Credit Suisse if the FED ends its charitable contributions. In the event a bailout is not offered, they might decide to use customer deposits to cover losses.  We last discussed bail-in laws as they apply to your deposits in Australian banks here and more completely explained here.

If this were to occur, then expect the trust in Credit Suisse to effectively reach zero, and the trust in the financial markets and possibly broader financial system to slowly but surely do the same. 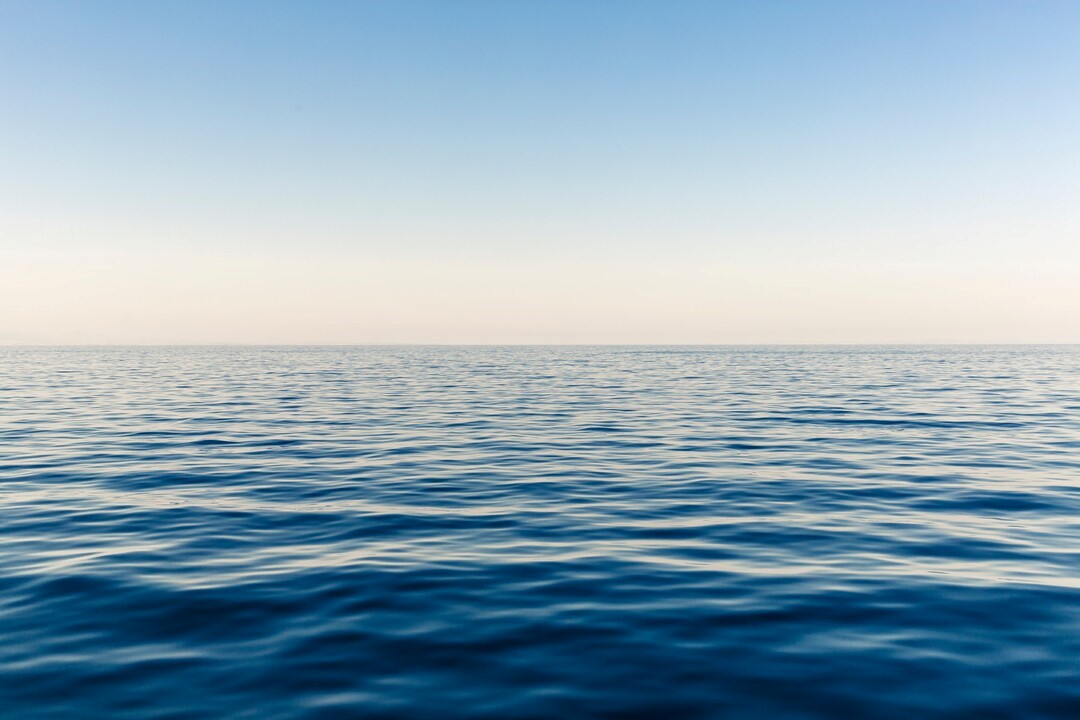 Photo by yucar studios on Unsplash

Later this month, governments will begin negotiating a global agreement to end plastic pollution. The agreement will be legally-binding and address the full lifecycle of plastic, from production to disposal. The negotiations will move quickly: governments intend to finalize the agreement by the end of 2024.*

If your company uses plastic in any way—in the manufacturing, packaging or sale of single-use or durable products—it should pay attention to these negotiations. Here’s why:

Negotiators will debate measures ranging from taxes and caps on the production of virgin plastic resin to investments in waste management and recycling infrastructure. They will also consider measures to address microplastics in products, and potentially go further by seeking to restrict chemical additives in plastics. Such measures could affect the:

-design requirements of products and packaging; and

-responsibility of producers for managing products and packaging at their end-of-life—regardless of the type of product.

Under the global agreement, governments will develop national action plans, resulting in a further proliferation of policy and regulatory requirements that differ by market. Some governments are already implementing blunt measures, such as bans on single-use plastic products and packaging. Others may set minimum recycled content requirements for packaging; or incorporate criteria related to the use of plastic and management of waste into government procurement processes. Such initiatives will become more common and disparate.

Companies are responding to environmental demands and market opportunities by improving the environmental sustainability of their products; already the supply of recycled plastic resin is struggling to keep up with the demand. As the high-profile negotiations unfold, consumers will become further aware of the challenge of plastic waste—and demand even more from the products they buy.

Here’s what your company can do:

-Take a comprehensive look at your company’s role in the plastics value chain and understand the potential business implications;

-Encourage your industry association to lend its voice and expertise to the negotiations; and

-Explore the many business coalitions and initiatives intended to improve the circularity of products and packaging.

I welcome conversations about addressing the challenge of plastic waste! Feel free to reach out.

*For the full text of the UN Environment Assembly resolution behind the treaty negotiations: https://bit.ly/3GwJiUK. 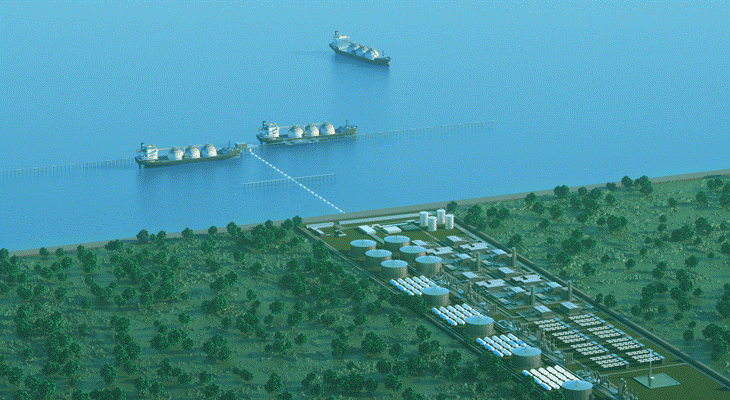 Tree Energy Solutions (TES) has today (November 25) announced it has signed an agreement with German utilities provider, EWE, to build a 500MW electrolyser at its planned Green Energy Hub in Wilhelmshaven, Germany.

Expected to commence operation in 2028, H2 View understands the initial 500MW capacity is expected to be doubled with a later addition of another electrolyser unit, reaching GW of capacity.

TES announced plans to establish its Green Energy Hub at the port of Wilhelmshaven in March this year (2022), which it has since said could accommodate up to 2GW of capacity of electrolysers with renewable energy sources such as offshore wind to generate green hydrogen.

Read more: German port of Wilhelmshaven to be converted into a world-scale hydrogen hub

Under the new Memorandum of Understanding (MoU), the companies have said they will benefit from synergies such as the joint connection to the grid, and the utilisation of oxygen in other green energy processes.

“The signing of this MoU is a clear example of the progress underway for Wilhelmshaven to become a major green energy hub for all of Europe, which will not only import green energy but also generate locally produced hydrogen,” said Marco Alverà, CEO of TES.

“Alvera added, “We look forward to our collaboration with EWE in order to harness untapped energy potential and accelerate the transition to deliver affordable energy for all.”

In July, TES announced it had concluded its second fundraising round at €65m ($67.7m), attracting investors such as E.ON, HSBC, UniCredit, and Zodiac Maritime.

Dr. Urban Keussen, Chief Technical Officer at EWE, commented, “Without hydrogen there can be no energy transition, no climate neutrality, and no move away from fossil fuels. In order to fill the national hydrogen strategy with life and to advance the topic of hydrogen together, partnerships and suitable location concepts are needed.

“Wilhelmshaven, as an energy hub, plays a crucial role in this. Together with TES, we want to develop Wilhelmshaven with a focus on green hydrogen and contribute our know-how to the planned partnership.” 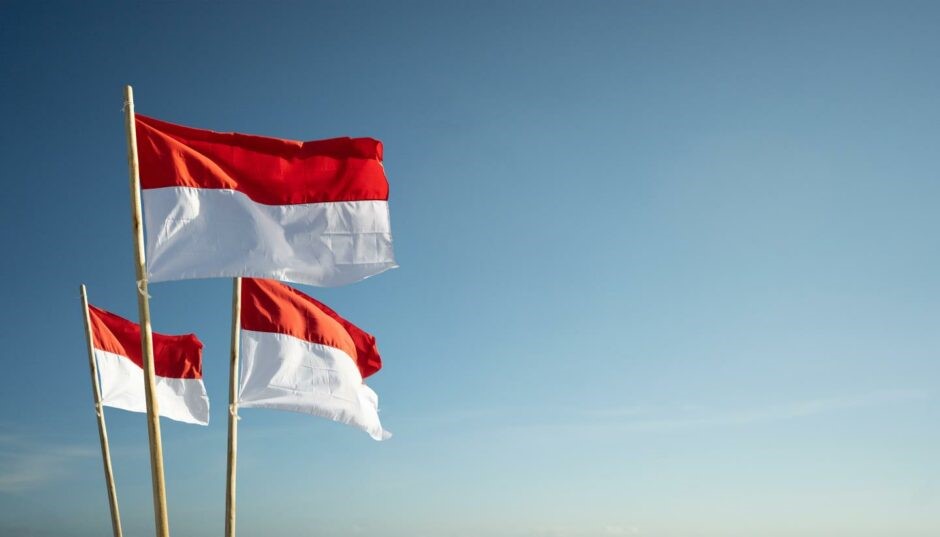 “Indonesia rationally recognises what many in the developed Western economies do not want to hear. That gas is a vital transition fuel. This will give Indonesia an economic advantage,” noted one industry observer.

Indeed, despite a climate finance deal, providing $20 billion to help Indonesia pivot away from coal power, dominating recent headlines, the country makes no secret of the importance of gas in its energy transition.

“LNG will play an important role in the energy transition. It’s urgently needed in Europe, as well as Asia, where populations and economies are growing,” Dwi Soetjipto, chairman of upstream regulator SKK Migas, told delegates at the 3rd International Convention on Indonesian Upstream Oil and Gas, on Wednesday.

To hit the 2030 output targets, an estimated $179 billion will be needed said Soetjipto, a substantial amount, especially at a time when global funds available for oil and gas investment are falling. Still, Indonesia is undeterred. The government has started introducing incentives to entice investors and a long-delayed oil and gas law, that Jakarta hopes will encourage investment, is targeted to be finalised next year.

Luhut Binsar Pandjaitan, a powerful Indonesian politician, who serves as Coordinating Minister for Maritime Affairs and Investment, noted that natural gas will be essential to fuel Indonesia’s vision to become a developed country by 2045, as GDP expands at a rate of more than 5% every year.

Indonesia is the sixth-biggest emerging market by GDP, and in the past decade has grown faster than any other $1 trillion-plus economy bar China and India, reports the Economist.

Luhut recognises the importance of oil and gas in the energy transition and is encouraging synergies among ministries to support upstream investment.

“The data projects a gas supply deficit and that we will start depending on imports in 2025, while we have undeveloped gas reserves available, but stranded. We need to resolve this paradox,” he said.

Indonesia’s Minister for Energy & Mineral Resources, Arifin Tasrif, told delegates that gas remains important to the energy transition. “It will be used as a fuel and feedstock, we will develop infrastructure, use gas for power, gas pipelines for households and small businesses. It’s a good solution to address the variability of renewable energy,” he added.

Indonesia’s upstream potential is huge with 68 undrilled basins out of 128 basins, he said. The country has proven reserves of 2.36 billion barrels of oil and 43 trillion cubic feet of gas.

“The challenge is the cost of exploration, development, and production. Indonesia needs massive upstream investment. The government is implementing new policies and is open to dialogue with investors to improve project economics and the investment environment,” he added.

Antonio Dimabuyu, Asia Pacific upstream expert at S&P Global Commodity Insights, told delegates that Indonesia is making positive first steps to attract investment. However, he said the country needs to provide multi-client 3D seismic surveys to help explorers revise concepts and study new plays. This will help improve interest and drive more discoveries. Over the past five years, Indonesia has lagged Malaysia, and even Vietnam, on volume of new discoveries.

Indonesia also needs to look at incentives for marginal plays, small volume fields and stranded assets, like what Malaysia has successfully introduced. Asset monetisation also needs to be quicker, he added.

Egon van der Hoeven, senior VP business development at ExxonMobil in Indonesia, noted that Indonesia is under-explored with a lot of potential, especially in the east of the archipelago. However, the ease of doing business for smaller companies, that tend to lead drilling in frontier areas, needs to improve to encourage oil and gas exploration, he said.

An Indonesian delegate told Energy Voice that the government talks about the upstream potential but fails to provide significant subsurface data to help attract investors. “The government doesn’t appear to want to invest in data itself,” he remarked.

About the author. Charlie joined H2 View as a News Journalist in May 2022. He graduated from Falmouth University in June 2021 with a degree in Sports Journalism and has previous experience working across a variety of multimedia platforms, including coverage of the 2019 UK General Election.

I hope you have enjoyed this week’s read, if you would like to have a confidential conversation regarding your investment requirements or you would like to discuss the benefits of having a Will, please do not hesitate to contact me.