Good morning and welcome to this week’s JMP Report,

I have attached the following for your information;

Low Carbon Pulse – Published by Ashurst, thank you to Ashurst for sharing their report

On the equity front,

I hope you like the following table which I will include going forward which adds another level of detailed information for our investors.

But I am leaving some homework for our readers. What is the dividend percentage of BSP shares taking into account the annual dividend announced earlier in 2021 and the interim for 2021 of K.039? Answer next week, but you do need to know this information.

On the interest rate front, liquidity remains high with 364 day TBills oversubscribed with the BPNG meeting the oversubscription.

Our book this week having orders on most stock including interest in the longer dated bonds.

If you would like more information on our Investment Services, Funds Management or a Superannuation Health Check, please feel free to contact us.

We thank the Governance Institute of Australia for the following article,

Vaccine incentives or mandates: Protecting your workforce from COVID-19 30/08/2021 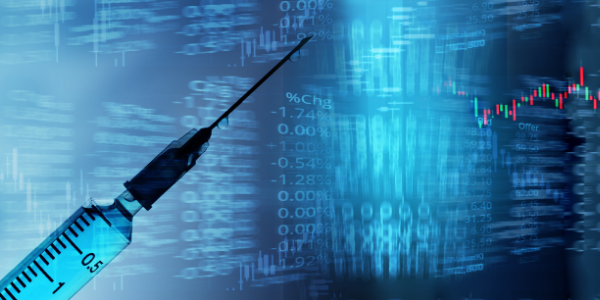 With debate intensifying over how to best ‘open up’ our major cities again, many organisations are currently considering incentive-based or mandated schemes for COVID-19 vaccination of their workforces.

Given the Commonwealth Government has so far stopped short of adopting a national policy on mandatory vaccinations, each organisation must approach this difficult issue on a case-by-case basis.

National Cabinet’s agreed approach is that vaccination should be free and voluntary, mandating it only for workers in residential aged care and certain quarantine workers.

The NSW Government recently announced it will soon make vaccinations mandatory for all of the state’s health workers and teachers.

Several high-profile companies, including SPC, Qantas and Jetstar, have already opted for mandated schemes, while others, such as law firm Holding Redlich, are offering paid time off and other incentives to support their workers being vaccinated.

A number of associations and advocacy groups are now calling on the Commonwealth Government to adopt a nationally consistent approach to mandatory vaccination in order to accelerate the vaccine rollout, clarify the state of the law, and provide legal protection to organisations.

Governance Institute considers it is vital that all Australian governments – federal, state, territory and local – work collaboratively with employers, employees and the wider community to support the rollout of approved COVID-19 vaccines in order to save lives.

Highlighting the importance of vaccinations, the Australian Technical Advisory Group on Immunisation (ATAGI) recently outlined how the rapid spread of the Delta strain ‘underscores the importance and immediate benefits of achieving the highest possible COVID-19 vaccine uptake, especially in outbreak areas’.

Currently, individual employers must consider their approach to vaccination in the workplace on a case-by-case basis.

This poses a unique challenge for businesses and may expose them to legal risks and industrial relations issues. Equally, failing to act may pose legal, health and other risks.

Arthur Moses SC, former president of the Law Council of Australia, has prepared a legal opinion that says it is ‘clearly arguable that employers whose employees congregate in a shared workplace will be entitled to issue a lawful and reasonable direction to employees to receive the Covid19 vaccine’ provided a number of risk factors are present, such as contact with the public, and with consideration of any individual reasons for an employee declining vaccination.

Organisations will need to consider the regulatory, governance and risk management implications, including any potential interaction with:

To help employers, the Fair Work Ombudsman has released comprehensive guidance on managing vaccinations in the workplace, including a four-step analysis for when it may be lawful and reasonable to require employees to be vaccinated and how to respond if employees refuse.

The Ombudsman advises: ‘… Employers should exercise caution if they’re considering making COVID-19 vaccinations mandatory in their workplace and get their own legal advice.’

Fair Work breaks down workforces into four tiers, and says mandatory vaccination in Tier 1 and Tier 2 is ‘more likely to be reasonable’:

Safe Work Australia advises that employers have a duty under the model Work Health and Safety (WHS) laws to eliminate, or if that is not reasonably practicable, minimise the risk of exposure to COVID-19 in the workplace. However, it says ‘most employers will not need to make vaccination mandatory to comply with the model WHS laws’.

The Office of the Australian Information Commissioner has provided guidance on employers’ privacy obligations to staff on their COVID-19 vaccination status, and outlined the privacy rights of employees in this area.

The Australian Chamber of Commerce and Industry and law firm Grant Thornton have also prepared helpful employer guides to managing vaccinations in the workplace.

The issue of COVID-19 vaccinations – and in particular, vaccinations in the workplace – is currently a major topic for many organisations.

This update highlights some of the current key issues and latest considerations, but the issue is fast-moving and subject to change.

We will continue to monitor the developments in this area 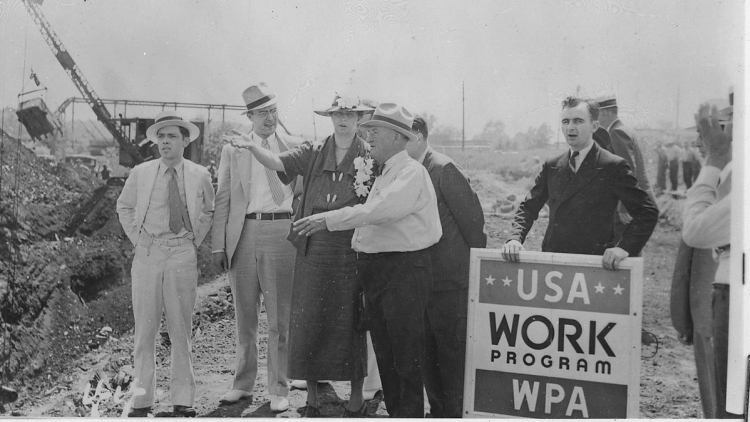 Notably, rather than solely fund projects through government spending, the draft bill asks that cities and states seeking major federal funding show they have considered using public-private partnerships (PPPs) to procure projects—though it does not obligate them to use PPPs after conducting a value-for-money analysis.

To better understand how public works can help address a country’s economic and infrastructure crises, here are five lessons that I came to consider most important when studying the New Deal public works projects  created under U.S. President Franklin D. Roosevelt in the 1930s. This initiative resulted in the construction of much of the U.S.’s large-scale public works—such as dams, bridges, hospitals, and schools—that exist today.

New Deal public works projects did not just give money to the states with the hope that it would reach the local level. Rather, public works agencies were involved throughout various stages of the projects. For example, the Public Works Administration (PWA) rooted out waste and corruption by having their officials present, together with local officials, when a contract was offered for a project. This ensured the lowest bid was received. After accepted, the PWA official would confirm the chosen contractor’s qualifications were in line with the work. The PWA then assigned a resident engineer to ensure work was conducted at high standards. In addition, the PWA and Works Progress Administration (WPA) created investigative divisions that were active in combating waste, fraud, and corruption.

The federal government must work together with local and state partners.

A second lesson is there must be a partnership among the local, state, and federal governments, with each playing a particular role: local communities initiated and planned the vast majority of projects, the state determined whether they fit under public works regulations, and the federal government selected the projects—providing oversight to ensure project completion and protect against corruption.

Funding for public works projects must be large enough to create the number of jobs needed.

During the Great Depression, a quarter of the U.S. working population was unemployed, roughly 13 million people. The combined public works projects (PWA, WPA, Civil Works Administration, and the Civilian Conservation Corps) hired about 3 to 4 million people a year. Yet although public works, along with other New Deal measures, decreased unemployment to 9.5 million in 1935 and 7.6 million in 1936, these measures were not enough to end the unemployment crisis; another 5 million-plus jobs were needed. Even so, the New Deal public works played a major role in producing the single greatest unemployment rate drop in U.S. history.

Public works projects must take into consideration issues of equity.

A fifth lesson is that equity issues must be considered when contractors and workers are chosen. This lesson covers a broad range of topics, but includes the following questions:

Disclaimer: The content of this blog does not necessarily reflect the views of the World Bank Group, its Board of Executive Directors, staff, or the governments it represents. The World Bank Group does not guarantee the accuracy of the data, findings, or analysis in this post. 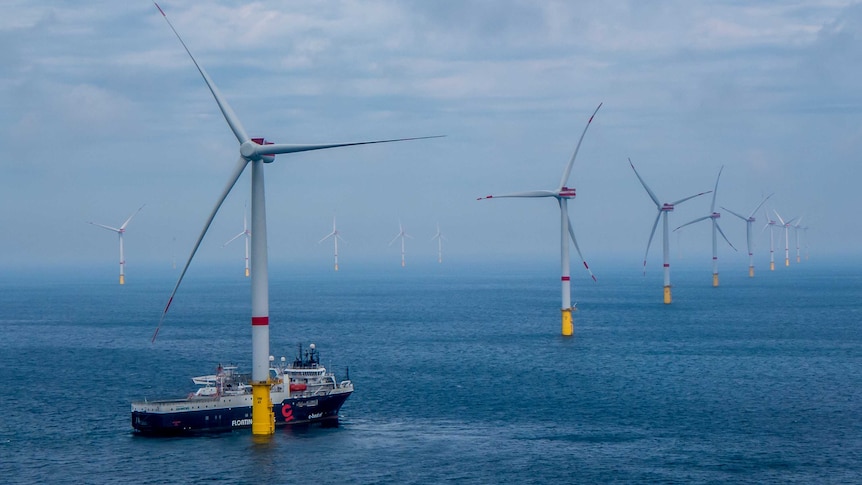 Offshore wind already supplies power in countries such as Germany. (Supplied: Star of the South)

The federal government has introduced legislation to Parliament that would pave the way for Australia’s first offshore wind farm to proceed.

The 2.2-gigawatt Star of the South wind farm is planned for a 496-square-kilometre area off the Gippsland coast in Victoria’s south-east.

It would have the potential to supply up to 20 per cent of the state’s energy — or 1.2 million homes.

The Offshore Energy Infrastructure Bill will create a regulatory framework for the construction, operation and maintenance of electricity infrastructure in Australia’s territorial waters.

Energy Minister Angus Taylor said the legislation would accelerate planned projects, including the Star of the South and the Marinus Link interconnector between Victoria and Tasmania.

He said the two projects as well as the Sun Cable solar proposal that would transmit clean energy to Singapore were collectively worth $10 billion and expected to create 10,000 jobs.

“An offshore electricity industry in Australia will further strengthen our economy, create jobs and opportunities for Australians, and enhance the delivery of affordable and reliable power,” Mr Taylor said.

This map outlines where turbines, sub-sea cables and transmission infrastructure may be placed. Supplied: Star of the South

The Star of the South’s location was chosen because of its strong winds and proximity to the existing transmission infrastructure of the Latrobe Valley’s coal-fired power stations.

The project has received an exploration licence and its proponents are conducting environmental assessments which will be published in 2023.

If it proceeds, construction is planned for the middle of the decade and the wind farm to be operational in the early 2030s.

Star of the South chief development officer Erin Coldham said the legislation was important for offshore wind projects across Australia.

“It just gives us some certainty around how we go about applying for those long-term licences, and how we can actually build and operate the offshore wind farm considering the other existing users out in the sea,” she said.

“We’ve seen more than 10 proposals around Australia for offshore wind, given that offshore wind is stronger, more consistent and can be built close to existing grid infrastructure.”

If the wind farm is approved, you will see turbines from the pier in Port Albert.(

Environment group Friends of the Earth (FoE) said the legislation was a good first step but more needed to be done to grow the offshore wind sector.

“In the US and the UK, they’re setting ambitious climate and energy targets to develop the industry, and Australia really should be doing the same,” spokesman Pat Simons said.

With many of Victoria’s renewable energy projects based in the state’s east, FoE said offshore wind projects like the Star of the South had a key role to play in the shift away from fossil fuels.

I hope you have enjoyed the read, have an a great week, stay safe and get vaccinated.